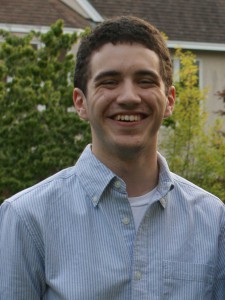 Augenbraun’s research, completed in the lab of Professor Tiku Majumder, was a thesis on experimental atomic physics using  laser spectroscopy to research the Stark shift, a phenomenon whereby atoms, in this case indium, deform in large electric fields.

“Ben spent two years working in our atomic physics laboratory, growing from an enthusiastic participant to a true research partner who, by the end of his Williams career, was not only running the complicated experiment entirely by himself, but also charting the direction of the future of the project,” Majumder says.

Augenbraun is now pursuing a Ph.D. in physics at Harvard University, where he’s part of a research group studying cold molecules.