The Spirit of Commencement 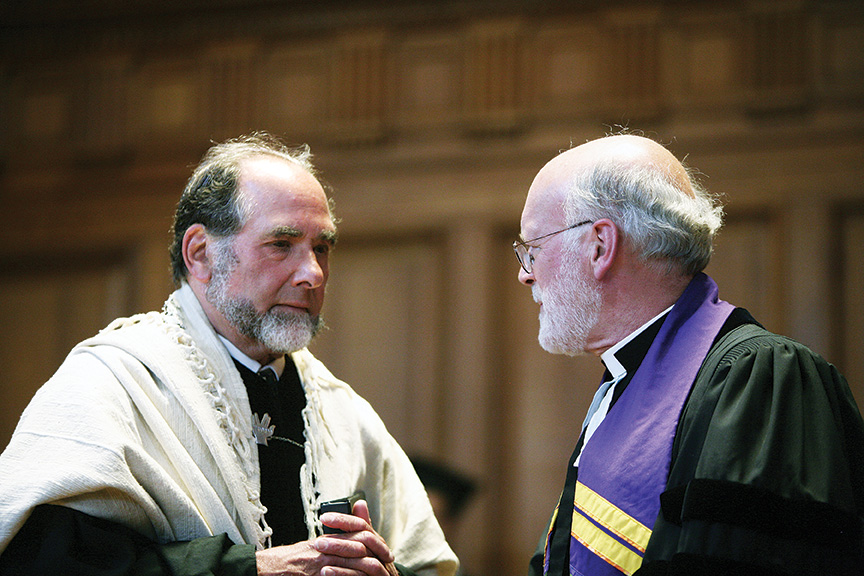 (top) Bilal Ansari, Muslim Chaplain ( middle, bottom) Inspired to write a hymn for this year’s service, Spalding leads the choir in the first two verses of “This Grateful Place.” 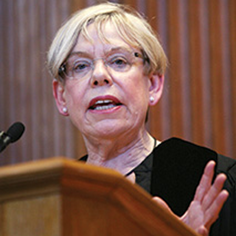 Late in the afternoon the Saturday before Commencement, Chapin Hall is awash in organ music as more than 1,000 people file in. Graduating seniors clad in caps and gowns fill row after row, surrounded by their families and friends. As the last people take their seats, a silence settles over the gathering.

Suddenly a single, clarion note rings out from the rear balcony. The assembled turn in their seats to locate the source—Muslim Chaplain Bilal Ansari, chanting the adhan, the call to prayer recited five times daily by muezzins around the world.

For the next hour and a half, the seniors lead and listen to readings, blessing, anthems and hymns from many faiths in many languages, selected by and with the college’s chaplains: Ansari; Gary Caster, Catholic chaplain; Robert S. Scherr, Jewish chaplain; and the Rev. Richard E. Spalding, chaplain to the college. Though the service is multifaith, one need not practice religion to appreciate it.

Inspired to write a hymn for this year’s service, Spalding leads the choir in the first two verses of “This Grateful Place.” The entire assembly joins him on the third:

The climbing high through winding years
Insistent labors, conquered fears,
All time’s a sacred gift, all space,
When home to hope, a holy place.

Then Baccalaureate speaker Karen Armstrong, one of the world’s leading religious scholars, implores members of the Class of 2014 to be compassionate: “We cannot live without one another, so now is the time we can create a better understanding,” she says.

President Adam Falk tells the seniors how proud he is of the graciousness and generosity they have shown in their four years at Williams. The students must take those values out into the world, he says, “to see beyond a narrow focus of what make your life more comfortable and secure.”

At the end, the three chaplains in attendance bless the room. Scherr sings in Hebrew, his deep voice accompanied by chapel organ and cello, as Ansari and Spalding recite a blessing. They bid the crowd goodbye: “Namaste, vaya con Dijos, pax vobiscum, grace and peace to you, salaam alaikum, shalom, go with God.”

Says Scherr of the service, “It’s a great satisfaction to watch people walking out and know they got it.”

Baccalaureate, Spalding says, is “an occasion of prayerful reflection or worship expressing gratitude for the privilege of learning and the vocation to service.” It’s the spiritual companion to the next morning’s celebration of academic achievement. And it joins together the graduating class in a way that many students have never experienced.

It’s where, Spalding says, seniors on the eve of graduation get a sense “of the human whole they’ve been a part of all this time.”