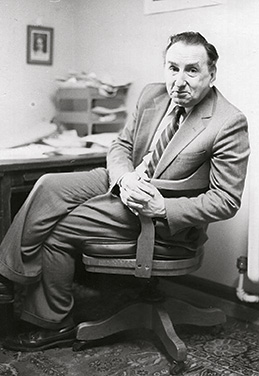 George Pistorius, the Frank M. Gagliardi Professor of Romance Languages, died on March 15 at the age of 92.

Pistorius taught at Williams from 1963 to 1992 and chaired the Romance languages department for 11 years. Fluent in four languages, he wrote five books and many articles about 19th and 20th-century French literature and 20th-century Franco-German literary relations.

He and his wife Marie escaped their native Czechoslovakia after World War II, part of the academic exodus from Europe spurred by political turmoil. After working as a journalist and completing postgraduate studies in Paris, he earned his Ph.D. at the University of Pennsylvania and taught at Lafayette College before coming to Williams.

Pistorius was an active member of the Modern Language Association and a pianist. He is remembered by his colleagues as a devoted professor and a true gentleman with old-world manners who never lost his deep connection to European intellectual and cultural life.