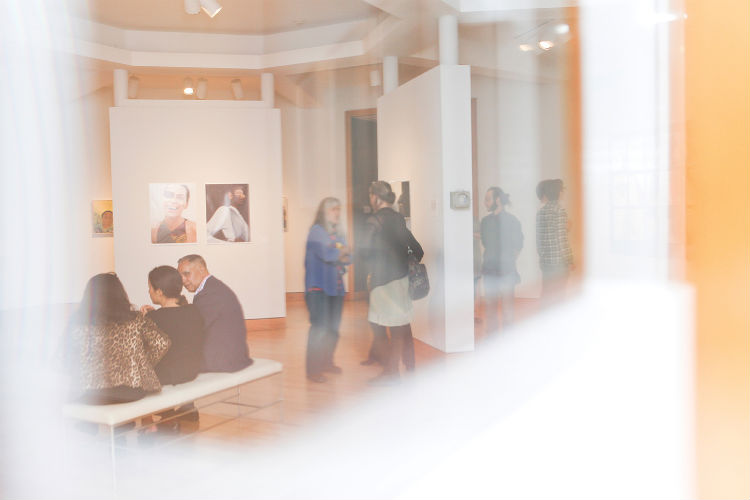 Williams » Williams Magazine » Summer 2014 » Features » Heliotropes*
*a small purple flower named for the way it changes direction to face the sun. The title heliotropes conveys dual meaning: “helio,” referring to a constant turning toward the sun, is a metaphor for growth and learning: and “trope,” meaning “a significant or recurrent theme; a motif.”

FOR THE 10 STUDIO ART MAJORS who graduated from Williams in June, the senior art show, heliotropes, was the culmination of four years of formal training and conceptual development. Their work drew inspiration from a wide range of sources, delving into naturalistic and abstract portraiture, Holocaust survivors, medieval iconography, mixed-race relationships, color fields, video essays, surrealistic still-lifes and mental health issues. The artists addressed these topics in a variety of media, including oil and acrylic paint, charcoal, wood and video.

In organizing the exhibition, which ran at the Williams College Museum of Art (WCMA) through June 8, the artists worked closely with students in the Graduate Program in the History of Art to pair their works with objects from the museum’s collection. A sampling of the exhibition, including descriptions of the works written by the graduate students, follows.

TIM CANNON‘s film and Joseph Cornell’s box share a revolutionary effect. These works present artifacts of the everyday—video and sound clips in Cannon’s video and little trinkets in Cornell’s box—repackaged for a viewer in surreal arrangements; they are familiar moments rendered strange. The effect of these arrangements is revolutionary: Seeing and questioning these estranged artifacts, we are forced to inspect and rethink the artifacts of our own everyday lives. —DANNY SMITH, MA ’14 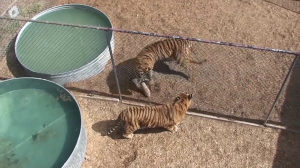 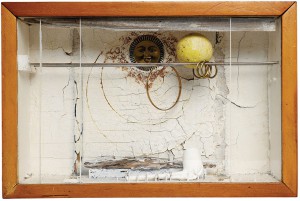 ILANA ELLIS might say her paintings are about light, color and texture, a formal language that can’t easily be put into words. Attached to traditional ways of making and meaning, she strives to master techniques of the past but always with an eye toward capturing the present. Her subjects—who are her friends—are unmistakably 21st-century individuals. Cecilia Beaux, too, walked the line between contemporaneity and tradition. She trained in Paris during the heyday of the Impressionists, but she rejected their innovations in favor of realism. Regardless of style, Beaux’s portraits—like Ilana’s—present figures grounded in their contemporary moment. —HILLARY REDER, MA ’14 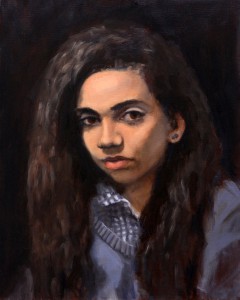 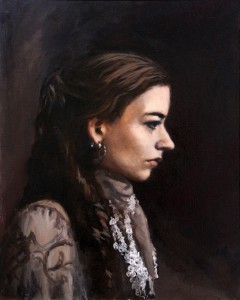 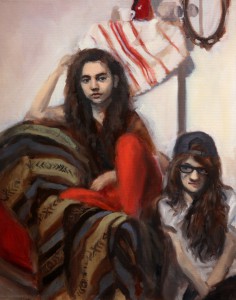 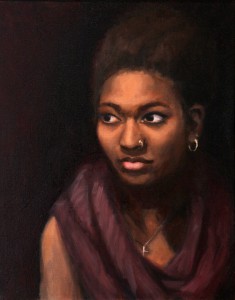 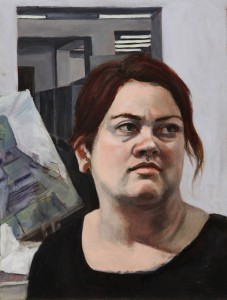 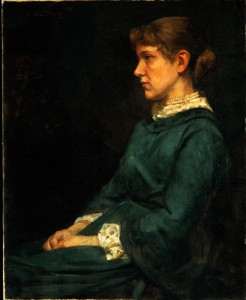 IZZY GREER‘s portraits celebrate the strength and individuality of three Holocaust survivors and artists, including her grandmother. Carol Rosen’s photomontages, with their dark, monochrome palette and intimate scale, conjure the disorientation felt in the wake of historical trauma. Whereas Rosen’s figures appear occluded by their context, Greer’s large-scale color paintings present her subjects front and center. Although Rosen’s images speak to a generalized history of violence while Greer’s brushwork emphasizes the sitters’ distinct personalities, both artists explore how historical memory is given visibility in our current generation. —NINA PELAEZ, MA ’14 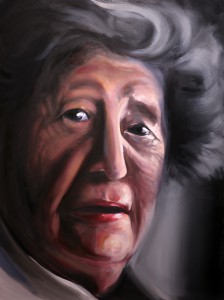 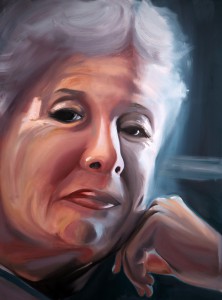 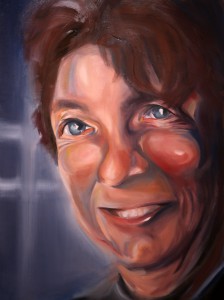 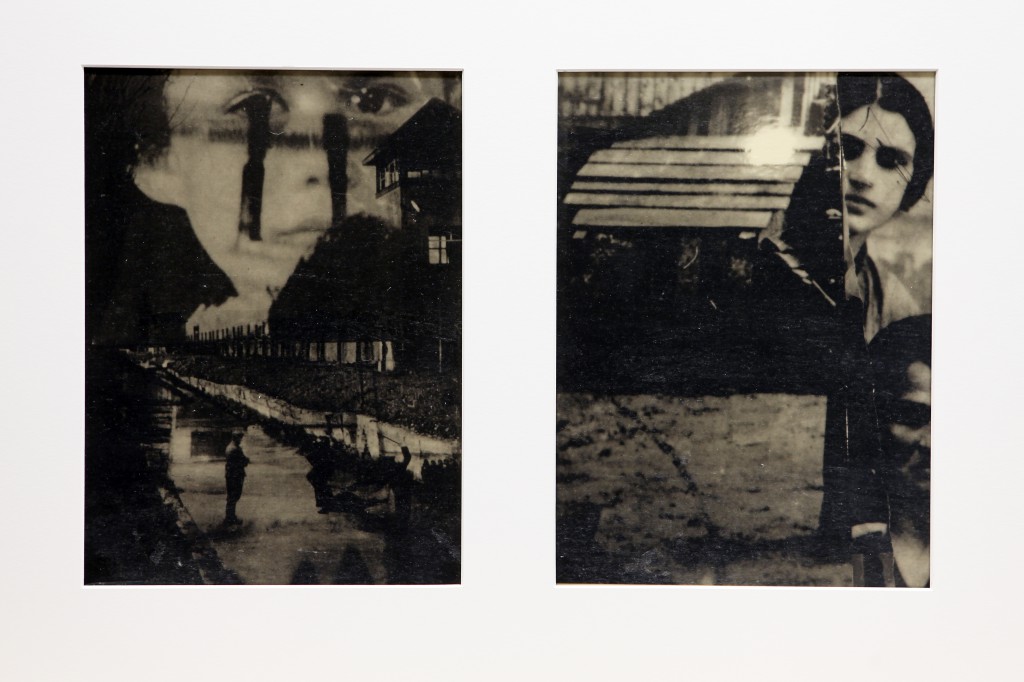 JULIE LE works in washes of color, discovering the variations between values. In one painting, she began with green and red in alternate corners of the work, finding an undulating harmony between the two. In another, the transition works more quickly, creating a hard line between color shades. Both works eschew representation, eliciting emotional response primarily through color. James Whistler created his Nocturne landscape by layering acid washes to forma a shimmering, gem-like surface. Le’s works address Whistler’s maxim, “Paint should not be applied thick. It should be like breath on the surface of a pane of glass.” —DAVID SLEDGE, MA ’14 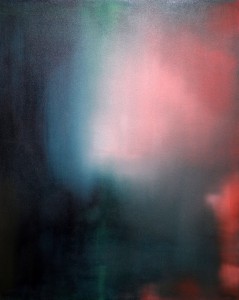 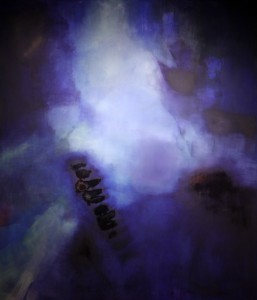 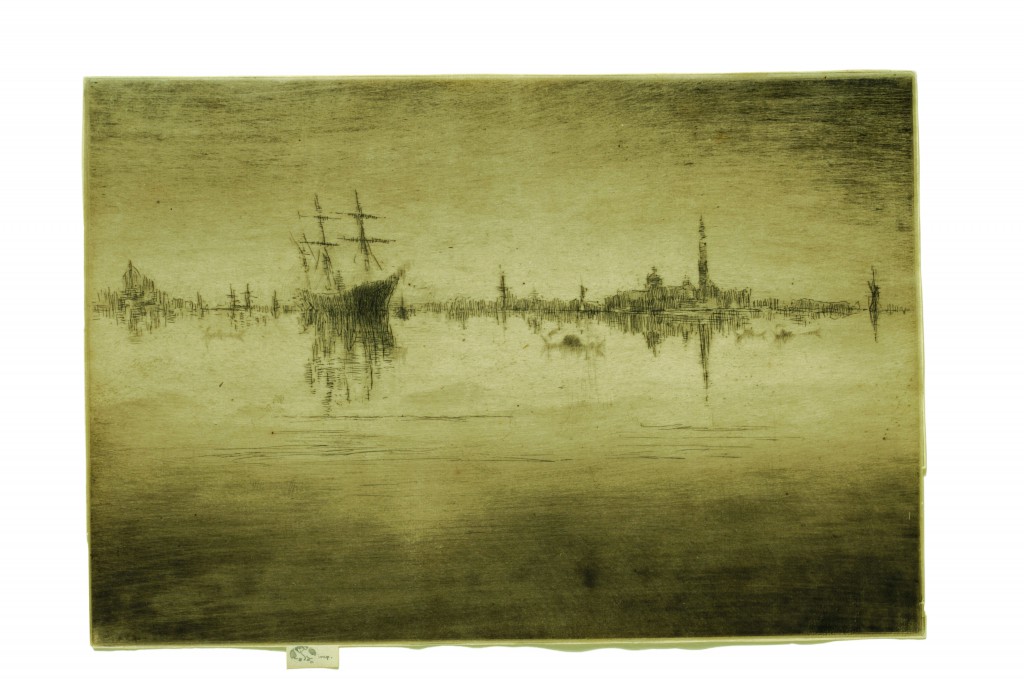 Photos by Roman Iwasiwka, except for main photo, by Kate Drew Miller
Print this page