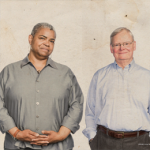 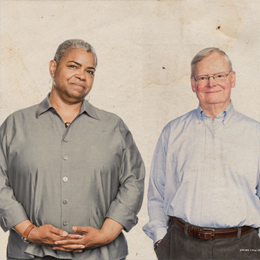 As a longtime colleague (and admirer) of Professor Charles Dew ’58, who has taken a post-retirement job at the University of Mississippi, I was delighted to read that he and Professor Leslie Brown are engaged in a dialogue with their students about the cruelties of the segregated South (“The South in Black and White,” spring 2014). However, the powerful narratives of these two professors would not be complete without some consideration of events in the North. When I was young, anti-Catholic prejudice was very strong. “Jew” was an insulting verb, at least for older folks, and “spic” referred to Italian immigrants, apparently because they “no spica-da-English.” The prejudices, fear and cruelty that Professors Dew and Brown discuss also existed (if less violently) in the North. Much work in all parts of the U.S. remains to be done.
—Peter K. Frost ’58, Oxford, Miss.

Loved “The South in Black and White.” I would have loved to have taken the course.”
—Paula Butturini ’73, Paris, France 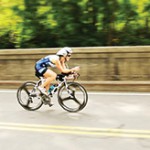 Enjoyed the spring issue, particularly “40 at 40.” Too often the positive effect of sports is overlooked. My late son-in-law, Stu Deans ’78, was a varsity swimmer and said long after he graduated that not a day went by that he didn’t benefit from something he learned from “Sam” (Coach Carl Samuelson) at Williams. Keep up the good writing!
—Jim Carpenter ’54, Naples, Fla.

Best article I have read in years. Thanks for recognizing the great work your coaches do in making leaders in so many fields, from the arts to finance to science and community service.
—Bob Bode, 2002 parent, Raleigh, N.C.

As a member of a dual-alum household and parent of a 2013 NESCAC champion and national Sweet Sixteen women’s volleyball team member, I was extremely disappointed to see women’s volleyball not represented on the cover of the spring 2014 issue. Also missing from representation are D-III champion women’s crew and national champion women’s tennis. By my count, there are eight images of men’s sports and six of women, and the size distribution is male weighted as well. C’mon, Williams—in an era when we are still fighting for equal pay, we expect more equity and parity from our alma mater. A picture paints a thousand words, after all. Eph women deserve equal treatment.
—Carl Dwane O’Day ’83, Los Angeles, Calif. 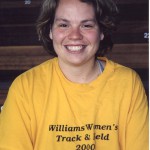 We ran the incorrect photo with the bio of All-American track and field star Healy Thompson ’03 (left) in “40 at 40.” Our apologies. 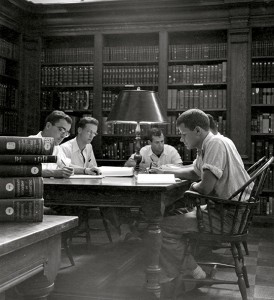 I greatly enjoyed the spring 2014 issue, in particular “Typology of a Library.” I’m encouraged that Williams continues to believe strongly in the written word—on paper, that is—to the extent of enlarging the Sawyer Library. Another article that I pumped my fist and yelled “Yes!” about was “The Mathematics of Legos.” When I entered Williams, I thought I would major in math, but the course “Elements of Real Analysis” shot down that idea. I ended up majoring in physics, with lots of art courses, and became an architect. I think a course like “The Mathematics of Legos” would have been a great experience. It turns out we architects are pretty good at solving problems. The course sounds like a blast.
—James T. Biehle ’66, Ballwin, Mo.

“A Living Laboratory” (fall 2013) and recent correspondence with fellow classmates and President Falk prompted me to write this letter. The Living Building Challenge is a worthy environmental initiative. Green building is what we must do in the future if indeed we have one. Of more immediate concern to me is the fate of our children and grandchildren in the world our generation will leave behind. The unfortunate likelihood is that it will be one depleted resources, devastating and unpredictable storms and a reduced standard of living and quality of life for all, including the most privileged, like those who had the benefit of a Williams education. Now is the time for the college to show intellectual and moral leadership and demonstrate concrete commitments through divestment of stock in fossil fuel companies, educating students and alumni in finding real and hopeful solutions for this generation and the next, and becoming a role model for an amplified level of institutional self-sacrifice. The college’s current commitments to sustainability, frankly, seem anemic in the face of the manifest threats to the planet and to humans, animals and plants.
—Steve Kaagan ’65, honorary degree 1984, Asheville, N.C.

The fall 2013 issue’s “By the Numbers” on alumni values included a question about the importance of participating in religious activities and groups. Fifty-nine percent of alumni responded “not important at all.” It may interest them to know that at an earlier time in Williams’ history, nearly 100 percent of its constituents would have said religion was essential. Virtually all the people associated with Williams’ early history were deeply committed to the Christian faith. These included its benefactor, Ephraim Williams. Its first four presidents were all doctors of divinity. Others included Williams’ original trustees, administrators, faculty and students. This state of affairs remained well into the last century, albeit to a diminishing degree. While for the majority of alumni religion is not important, they would do well to remember those who brought them to the dance.
—Sloane Graff ’80, Louisville, Ky.