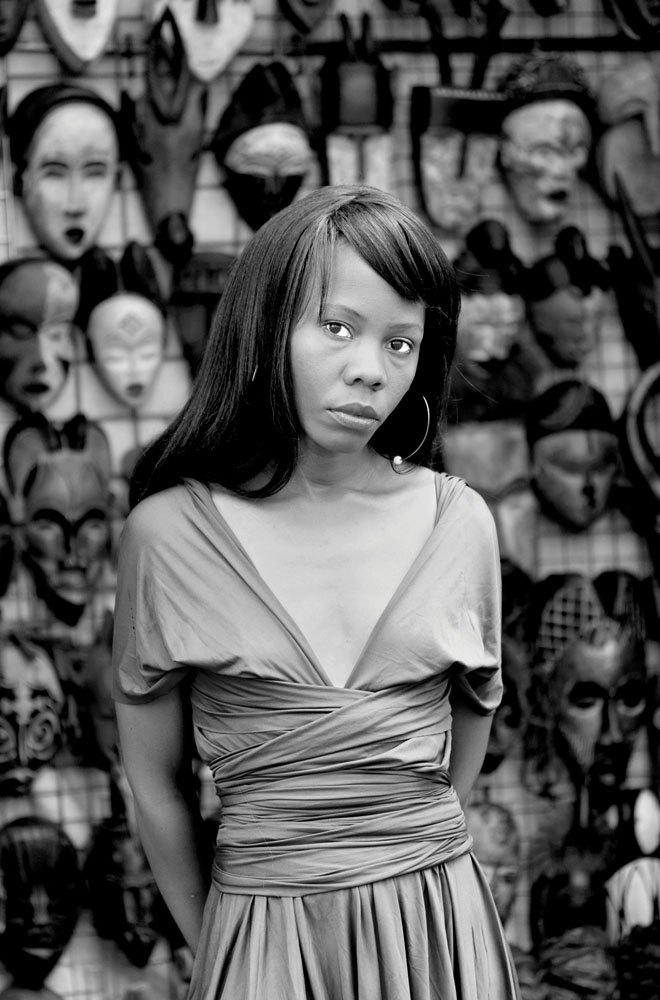 Zanele Muholi’s work confronts discrimination and broadens the representation of black queer life in South Africa. And for Williams Associate Professor of History Gretchen Long, the artist’s photos, now on display at the Williams College Museum of Art (WCMA), complement the issues she’s exploring with students in her course “Black Women in the U.S.”

Long and her students toured the exhibition, Zanele Muholi, with the artist herself in early February, when Muholi was on campus to install it. Muholi’s work, Long says, “grapples with a lot of the issues I talk about in class—the way racial hierarchies operate, the high stakes of an ‘out’ person in some contexts and the ways people find to assert their dignity and soulfulness in the midst of horrific circumstances.”

Muholi—who calls herself a visual activist—wrote her artist’s statement in chalk on one of the gallery walls. She dedicated the show “to the victims of hate crimes whose lives were claimed early, before they featured here to celebrate the remarkable 20 years of democracy [in South Africa].”

WCMA’s Maurita Poole, who curated the exhibition, describes it as “an archive that documents people who have previously been ignored and rendered invisible. It makes sure that their history is given the richest and deepest contextualization.”

Muholi was happy to elaborate on that contextualization for Long’s students, who were filled with questions after reading the violent histories of some of the project participants. “Her answers,” Long says, “were down to earth and focused on the very real circumstances that lesbian, gay, bisexual, transgendered and intersexed people of color in South Africa encounter daily.”

Zanele Muholi runs through April 27. The artist discusses the show at http://bit.ly/muholi.