The Pursuit of Dao 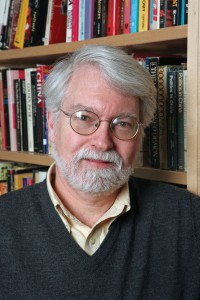 George T. (Sam) Crane is an empirical social scientist. But when his son Aidan was born profoundly disabled, Crane found that empiricist rationality fell short of helping him to understand the meaning of Aidan’s life. Crane’s scholarship and teaching focused on contemporary East Asian politics, so ancient Chinese philosophy “had long been on the edges of my consciousness, especially Daoism,” he says. “Quite simply, Daoism provided solace in a difficult time.” And it became the basis of his 2002 book Aidan’s Way.

After the book’s publication, Crane says he read more in classical Chinese thought and “noticed how the old books speak to modern issues.” This led him to research and write his latest book, Life, Liberty, and the Pursuit of Dao: Ancient Chinese Thought in Modern American Life, published in 2013. Each chapter is based on a phase of the life cycle—from birth through death—and prefaced by Crane’s personal stories. He then delves into contentious contemporary American ethical issues such as abortion, same-sex marriage and euthanasia from the perspectives of Confucianism and Daoism.

Living in what he considers to be “a golden age of sorts when it comes to Chinese studies generally,” Crane says his purpose in writing the book is two-fold: “To expand the repertoire of arguments in familiar ethical debates, and to introduce Daoist and Confucian texts to a wider audience.” He’s now exploring two new book ideas—one a look at contemporary China through the lens of ancient Chinese philosophy and the other a philosophical memoir about fatherhood. 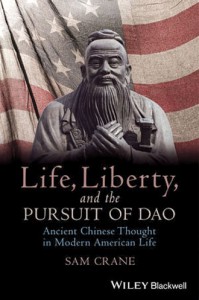 What does it mean, however, to cultivate Way in the family? It could suggest just letting relationships develop on their own, without imposing any preconceived notions of parental or juvenile roles. Just let daily practices emerge as they will. If a man likes to cook, let him cook. If a woman likes to mow the lawn, let her mow. If no one is especially interested in vacuuming, don’t worry about it. Certain things will happen one way or another. … There may be unspoken Daoist assumptions that parents will naturally care for their children, and children will naturally follow, for a time at least, their parents, assumptions rooted in enduring patterns of human emotion and attachment. Such is suggested in this excerpt from Daodejing passage 80, which looks toward a simplified and harmonious utopia:

and never need anything more,

let them find pleasure in their food

and beauty in their clothes,

peace in their homes

and joy in their ancestral ways.

No computers for calculation and word processing in this idealized village. Only simple pleasures: modest food, adequate clothing, and peaceful family life. The text implies that, when left to their own devices, people will find solace in supporting one another in small-scale family contexts. These sorts of loose expectations, however, should not, from a Daoist perspective, crystallize into hard and fast social codes. If family members truly love one another and stay together, that’s fine; and if a family grows apart and disintegrates, that would not be seen as a tragedy by Daoists, just the natural divergence of individual integrities in Way. Should family relationships become insincere or forced or abusive, it might be in keeping with Way to let them go.

—From Life, Liberty, and the Pursuit of Dao: Ancient Chinese Thought in Modern American Life (Wiley, 2013), by Sam Crane