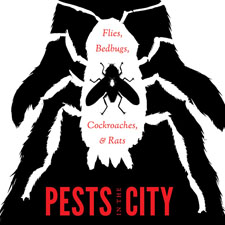 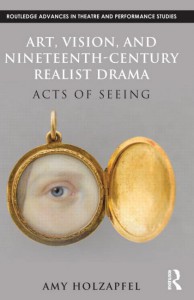 Pests in the City: Flies, Bedbugs, Cockroaches and Rats.

By Dawn Day Biehler ’97. University of Washington Press, 2013. Despite modernity and sustainability in U.S. cities, urban pests remain a problem at the intersection of public health, politics and environmental justice.

By Amy Holzapfel, Williams associate theater professor. Routledge, 2013. An examination of realism in theater as a form of visual modernism and its part in the modernist view of how we see the world.

Roosevelt’s Second Act: The Election of 1940 and the Politics of War.

By Richard Moe ’59. Oxford University Press, 2013. A chronicle of FDR’s third term and the decisive move toward further involvement in World War II.

The Republic Afloat: Law, Honor and Citizenship in Maritime America.

By Matthew Taylor Raffety ’94. The University of Chicago Press, 2013. The complex relationship between brutal crimes committed at sea and the development of a legal consciousness within the judiciary and among American seafarers in the antebellum period.