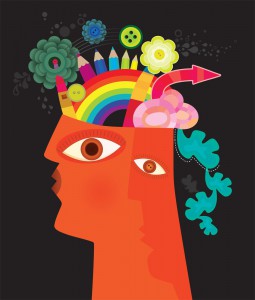 Assistant Professor of Africana Studies Rashida Braggs has a new tool in her teaching kit. Someday soon, she plans to ask her students a single question—and she knows it has to be a doozy—and structure an entire class discussion around it.

It’s an idea inspired by a visit last semester to an introductory level comparative literature class, “The Nature of Narrative,” taught by Professor of German Gail Newman. Though the two professors’ pedagogical paths wouldn’t normally cross, Braggs was one of the first faculty members to take advantage of the Open Classroom Initiative, an opportunity for colleagues to observe each others’ labs, lectures, seminars, team-taught courses and tutorials in action. So far, 25 professors have volunteered their classrooms.

Braggs chose “The Nature of Narrative” because, for most of her two-and-a-half years at Williams, she has taught higher-level courses. She plans to teach an intro class soon and was curious to see how her colleagues approached such courses. Newman, meanwhile, was pleased to share her experience. “As a department and program chair, I’ve observed a lot of classes,” she says, “and I always learn so much.”

Newman’s students read The Marquise of O by Heinrich von Kleist, and for homework they were asked to consider the question, “Where in the story does the Marquise get pregnant?” (It’s not as obvious as one might think.) Newman wanted students to ponder the question in advance of class, with the aim of an insightful discussion about a complicated story.

At first Braggs was skeptical that exploring one seemingly simple question would fill an entire class. “But the way Gail facilitated the discussion,” she says, “it flowed, and everyone participated.”

Partway through the session, Newman wrote on the board an important sentence from von Kleist’s text in its original German. She explained that the English translation of one word in the sentence departed from its layered meaning in German. Braggs—whose scholarship focuses on the migration of African American jazz musicians in France—has experience working and teaching in translation. “Because much of my work is in French, I really responded to this approach,” she says. “Gail complicated a simple question by asking, ‘Considering the original meaning of the text, what do we think now?’

“I appreciated how pared down and yet complex the discussion was,” adds Braggs, who plans to visit another professor’s tutorial course this semester. Since the program’s inception in the fall, about 20 professors have signed up to observe their colleagues’ classrooms.

That kind of interest and mentoring is exactly what professors Janneke van de Stadt, David Richardson and James Manigault-Bryant envisioned as coordinators of the Open Classroom Initiative, or “the OC,” as they like to call it. The OC is part of a broader set of programs, including syllabus design workshops, teacher roundtables and lunch discussion groups developed with the Dean of the Faculty’s Office with the expectation of fostering a vibrant intellectual community, effective undergraduate teaching and career-long professional development.

“We are all curious about what’s happening in other classrooms, we all need inspiration, and we can all get stuck,” says van de Stadt, associate professor of Russian and chairwoman of German and Russian. “The OC allows us to never stop asking questions and talking about our craft.”