Five Williams faculty members have been promoted to associate professor with tenure, effective July 1. They are: 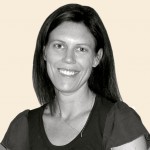 Jessica Chapman, history. Chapman specializes in U.S. foreign relations with a focus on Vietnam, decolonization and the Cold War. She earned her Ph.D. from the University of California, Santa Barbara, and serves on the college’s Committee on Undergraduate Life.

Christopher Goh, chemistry. Goh’s research focuses on metal-based catalysis crucial to biochemical and chemical processes. He earned his Ph.D. from Harvard University and serves on Williams’ Committee on Educational Policy.

Rhon Manigault-Bryant, Africana studies. Manigault-Bryant specializes in the study of religion, gender, race, music and popular culture, with a focus on ethnographic methods. She earned her Ph.D. from Emory University and serves on the college’s Faculty Steering Committee and Women’s, Gender and Sexuality Studies Committee.

Neil Roberts, Africana studies. Roberts teaches courses on contemporary Africana social and political philosophy, modern political thought, hip-hop and political theory and Rastafarianism. He earned his Ph.D. at the University of Chicago and is a member of the college’s Faculty Lecture Series Committee.

Fred Strauch, physics. Strauch is a theoretical physicist specializing in the design and study of “artificial atoms” made of superconducting devices operating in the quantum limit at very low temperatures with very low electrical noise. He earned his Ph.D. from the University of Maryland and is a member of Williams’ Honor and Discipline Committee.