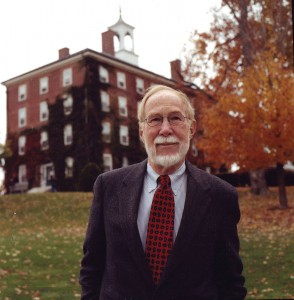 Gordon E. Winston, the college’s Orrin Sage Professor of Political Economy, Emeritus, died on Dec. 3 at the age of 84.

Winston joined the economics faculty at Williams in 1963 and focused primarily on economic development. He was influential in the growth of Williams’ Center for Development Economics and served as head of the Yale University Pakistan Project in Karachi, Pakistan. Over time his intellectual interests grew to include capital and production theory, consumption theory and, ultimately, the economics of higher education—a field that he helped shape by developing tools focused on bringing greater justice to the higher education system. His many op-ed pieces and media appearances are known to have influenced policy debates in the U.S.

He also served Williams as chairman of the economics department, director of the Williams Project on the Economics of Higher Education and provost.