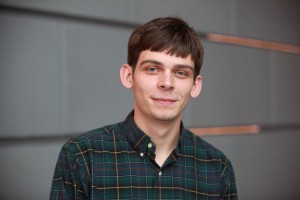 Brian McGrail ’14 has been named a Rhodes Scholar for 2014. He’s one of 32 U.S. students selected this year and the first from Williams since 2005. He plans to use the fellowship to pursue a Bachelor of Arts in philosophy, politics and economics at the University of Oxford.

A double major in history and political economy from Arlington, Va., McGrail is interested in applying tools from academia to public policy work, particularly in the area of tax reform to address economic inequality.

At Williams, McGrail has distinguished himself as a political activist through an internship with Elizabeth Warren’s U.S. Senate campaign; as a volunteer helping low-income residents prepare their taxes; and as a campus leader serving on College Council and several campus-wide committees. Last year he was awarded a Harry S. Truman Scholarship, and over the summer he researched tax policy with Williams economics professor Jon Bakija as a Class of 1957 Scholar and Research Fellow. McGrail has interned or worked as a research assistant with the Brookings Institution, the Progressive Policy Institute and Hedrick Smith Productions. 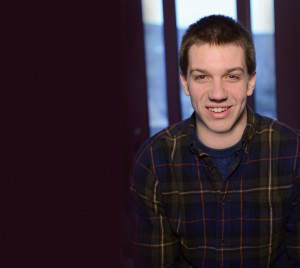 Jared Hallett ’14 is one of 14 students —and only the second in Williams history—selected to receive a Churchill Scholarship for study at the University of Cambridge in 2014-15. The Sterling, Va., native plans to pursue a Master of Advanced Study in pure mathematics and focus on deepening his understanding of analysis.

A math and Chinese major, Hallett is a teaching assistant in both subject areas and has won numerous awards, including a Goldwater Scholarship, two Witte Problem Solving Prizes, a Class of 1956 Scholarship and Wilmers Fellowships for both travel and language. He plays Ultimate Frisbee and is a member of Phi Beta Kappa.