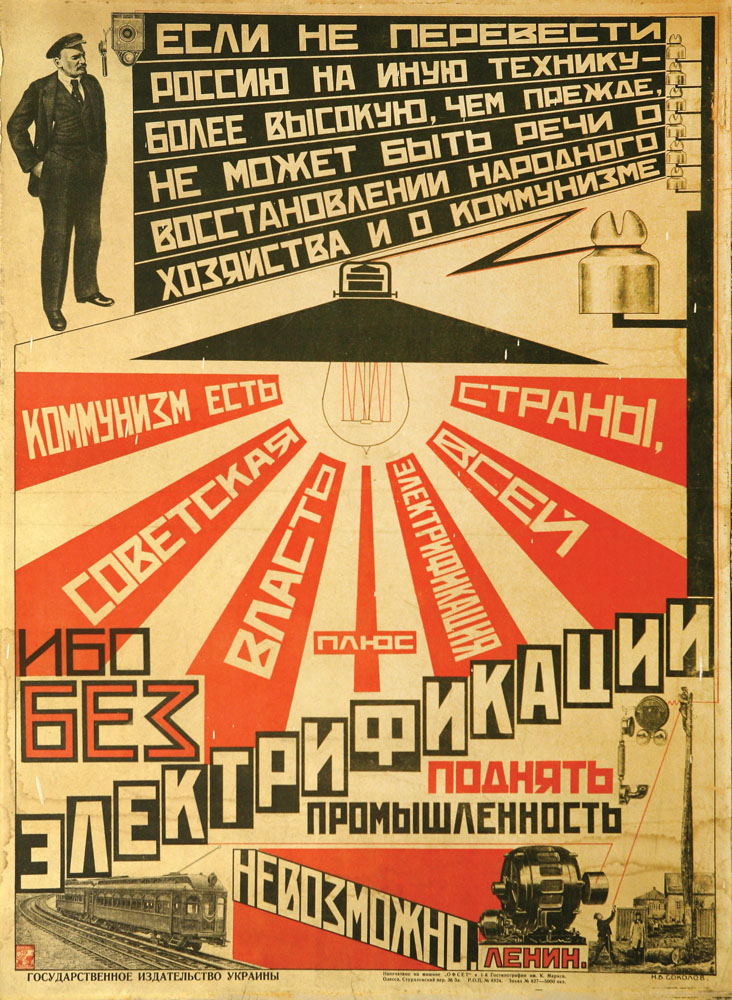 A collection of 26 Soviet propaganda posters from the 1920s at the Williams College Museum of Art (WCMA) is now an important part of several courses, thanks to a Russian and international studies major who researched and translated them last year.

The posters reflect “how the government emphasized things such as industry, literacy, agriculture, women’s education and the country’s military,” Nicolas Tomczyk ’13, then a senior, wrote in a blog post for the museum. “It’s amazing that the posters, made to last only a short time, are still around today for students to study and gain a small taste of what life was like in a country that was, essentially, a giant social experiment.”

Tomczyk’s favorite piece (above) was Communism is Soviet power plus the electrification of the entire country. “Everything about this poster is in the viewer’s face,” he wrote of graphic designer Nikolay Sokolov’s piece. In 1958, Sokolov was one of three people in the artistic collective Kukryniksy to be named People’s Artist of the USSR.

The posters were a gift to WCMA from Telford Taylor ’28, who earned a master’s in political science at Williams in 1932. Taylor served on the Counsel for the Prosecution at the Nuremberg Trials.

Tomczyk’s research is now part of the museum’s curatorial files, making the posters more accessible to many art, history and Russian classes, including “Art of the Russian Avant-garde,” taught by Darra Goldstein, the Willcox B. and Harriet M. Adsit Professor of Russian. “It was extraordinary to have these posters as a resource,” Goldstein says. “We devoted an entire class to studying them in person.”

Check out the posters and browse WCMA’s collection at http://bit.ly/emuseum.