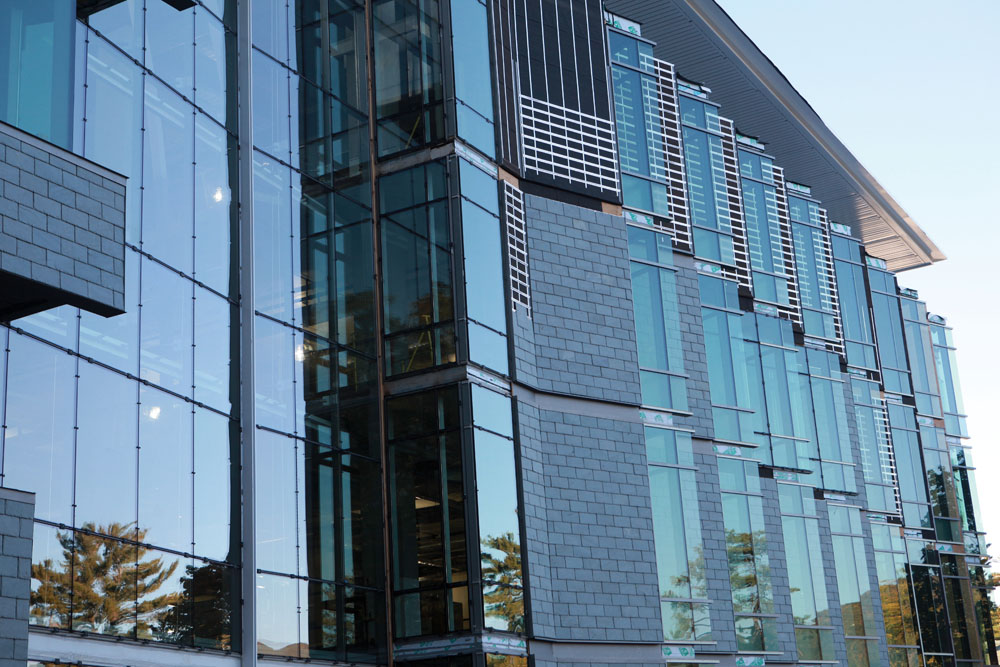 Typology of a Library

“Libraries can’t stand still, and now is a wonderful moment to reflect on how we got here and where we’re going.”

In this adaptation of his architecture lecture “Chalices of Words and Light,” Micheal Lewis, the Faison-Pierson-Stoddard Professor of Art History, takes us on a visual tour of the four freestanding libraries on campus—including a new one set to open in the fall—that span two centuries of evolution at the college. You can watch the full video below.

Built in 1847 at a cost of $7,000, Williams’ first library housed 7,000 books, most of them theological. “It was not a place to read,” Lewis says of the building, which was open to students (who were training to be ministers) two afternoons per week. Students were required to wrap the books in brown paper before taking them elsewhere to read.

Lawrence Hall was designed in the German Romanesque style by Thomas Tefft, a 19-year-old pre-frosh at Brown University.

Stetson, built in 1919, evoked the “corporate boardroom rather than a gentleman scholar’s study,” Lewis says, instilling “a homogeneous set of values.” Students studied in jackets and ties—“at attention.”

Stetson Hall was designed by Ralph Adams Cram in the Neo-Georgian style.

In the ’60s, Williams, like many other colleges and universities, began to plan a new library in the center of campus “as a point of pride,” Lewis says. Sawyer was a “flowing, fluid, continuous space”—a new model of the productive work environment pioneered by Bell Labs in the late ’50s. Reading and storage of books “blended into a living topography of different shapes.” And “womblike” furniture was designed for nearly round-the-clock use.

There’s a “grand axis of motion” and “forward movement into light and space” from historic Stetson into the new building, Lewis says, and a return to the separation of reading space from book storage. With more room for individual and group study and for growth in the collection, it’s “the best hypothesis I can imagine for how students might be reading in years to come.”