Zombies and Calculus. By Colin Adams, Williams’ Thomas T. Read Professor of Mathematics. Princeton University Press, 2014. Calculus is the ultimate survival tool in this novel about a zombie apocalypse at a liberal arts college in Western Massachusetts. 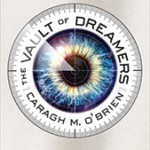 The Vault of Dreamers. By Caragh M. O’Brien ’84. Roaring Brook Press, 2014. In the first installment of a new psychological thriller series, a first-year student at an art school that doubles as the set of a reality TV show learns what really happens during the 12 hours she and her schoolmates are forced to sleep.

Belgium: Long United, Long Divided. By Samuel Humes ’52. Hurst, 2014. A 2,000-year history of Belgium explains how the nation developed a sense of identity, common government and a centralized nation-state and why it may be torn apart by the Flemish-Walloon schism. 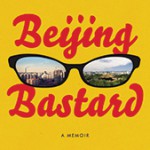 Beijing Bastard. By Val Wang ’97. Gotham, 2014. The American-born author travels to China, the land her parents fled before the Communist takeover in 1949, and discovers a city rebelling against its roots—just as she is.