Delusions of Regime Change in Iraq 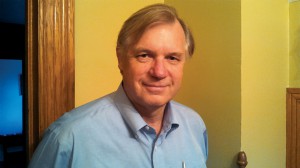 Michael MacDonald started writing what would become Overreach: Delusions of Regime Change in Iraq (Harvard University Press, October 2014) the day after he returned from a yearlong sabbatical.

He’d just completed Why Race Matters in South Africa (Harvard University Press, 2006). And the crumbling regime of Saddam Hussein was in the headlines. MacDonald, a professor of political science at Williams since 1983, was captivated.

Though his primary areas of study were apartheid in South Africa and political violence in Northern Ireland, he taught courses on geopolitics in the Middle East with Jackson Professor of Religion William Darrow. Iraq’s history of British Colonialism was similar to those of South Africa and Ireland, he says. And the close ties to Parliament, created when British leaders and settlers moved into all three countries, had lasting effects on their national identities.

MacDonald spent six years writing Overreach, delving deeply into the history of Iraq and learning about U.S. counterinsurgency strategy, all while the war there was “a moving target,” he says. He posits in the book that the U.S. was shortsighted in its plans for regime change and reconstruction. Policymakers “wanted regime change,” MacDonald says, “but they didn’t know or agree on what they meant by ‘regime.’” Nor did policymakers anticipate that democracy in Iraq would turn out to mean something far different from the idealized notion of democracy in the U.S.

Now, as ISIS grapples for control over the region, MacDonald says he wants to extend his research and writing on Iraq—possibly via articles or op-ed pieces, or a course on foreign policy in the Middle East.

“The story is not ending,” he says. “There are all these other ideas that piled up as I was writing it.”

The war [in Iraq], however, was a big bet. Why, then, did policymakers make it; why did they get wrong the stakes they were wagering and the odds they were facing; and why did they misunderstand the value to the United States of democracy in Iraq? 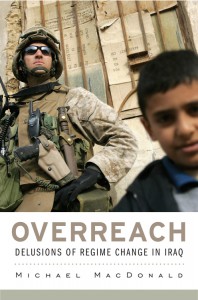 The idealizing of interests thesis outlines the answer. The geopolitical motive for war was to entrench American power, and the neoliberal motive was to implant global capitalism in Iraq and its neighbors. But the key to the decision to go to war is that American policymakers did not recognize their interests as interests or their ideals as ideals. Instead, they translated geopolitical and neoliberal interests into ideals and then expected Iraqis would embrace the interests that they idealized as the answer to universal stirrings in the human spirit. Thoroughly befogged by this idealization, American policymakers then lost sight of the very interests that spawned the ideals at the outset. In other words, the United States bumbled into a self-subverting war because policymakers, in an atheoretical, unexamined, obvious-beyond-notice kind of way, conflated American interests and ideals, associated American ideals with universal values and then imagined that the power they had idealized was a godsend to the world (and sincerely expected Iraqis to concur). When Iraqis disagreed, the United States had no fallback position. It had planted the flag in quicksand.