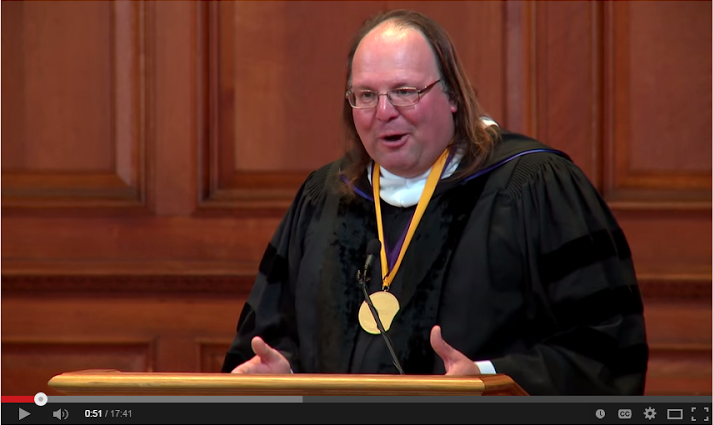 Watch Zuckerman’s convocation address, “Bibliolarceny and the Size of the Universe.”

By Jill U. Adams
Ethan Zuckerman ’93 once considered himself to be a “cyberutopian.” His career began with successful commercial and nonprofit Internet startups. He believed the web was “going to make the world smaller and better connected. It was going to lead to more international understanding.”

But while researching for his book Rewire: Digital Cosmopolitans in the Age of Connection, out this month in paperback, he found the opposite to be true.

“As we’ve gotten access to more information from around the world,” he said during his convocation address at Williams in September, “we’re actually choosing to encounter less of it.” Zuckerman has made it his mission to figure out why this is the case and how to fix it.

From his home in Lanesborough, Mass., Zuckerman writes the blog “My Heart’s in Accra” and runs the citizen media site Global Voices. The media scholar also commutes to Cambridge several days a week as director of the Center for Civic Media, part of the M.I.T. Media Lab.

Figuring out how to fix the Internet involves an approach Zuckerman has used throughout his career. “I’m not a natural scholar,” he says. “So when I find a problem that I’m interested in, I try to push it forward through a combination of conducting experiments out in the world and reading helpful texts in the field.”

Right now he’s interested in how having access to an abundance of global information is changing the ways in which we engage with the world.

“We have to make thousands of decisions every day about whether we read a story about Ebola, a tweet from Ferguson, a Facebook update from a high school classmate,” he said during his convocation address at Williams. “When we’re given a wealth of choices, we have a really strong tendency to opt for the familiar.”

The result can be something of an echo chamber. It’s a “tribal” instinct, one that “made a whole lot of sense 500 years ago, when we were all living in villages—seeing the same 100 people every day of our lives—and anyone who was from the outside was a threat,” he said in his address. “But it’s a deeply maladaptive strategy for the connected world we live in right now. We may not know anyone in Monrovia, Liberia, but it’s a really short plane flight to the United States.”

Zuckerman had a hunger for the wider world even as a student. Attracted by the promise of the early Internet, the philosophy major was a fixture in the computer lab. But Kusika, the African dance ensemble, was the “center of my community,” he says.

Inspired by Kusika and its founder, Sandra Burton, the college’s director of dance, Zuckerman spent a year after graduation at the University of Ghana on a Fulbright grant, studying xylophone music and gaining an understanding of West African culture.

He returned to the States and got involved with Tripod Inc., one of the first webpage hosting services. The Williamstown-based company was founded by Bo Peabody ’92, Brett Hershey ’94 and economics professor Dick Sabot.

Zuckerman recalls his four years at Tripod in the August 2014 issue of The Atlantic. In his essay “The Internet’s Original Sin,” he recounts how he played a role in the advertising-supported model of the web that he now decries.

“The business model that got us funded was advertising,” he writes. “The model that got us acquired”—by Lycos, in 1998, when Tripod was valued at $58 million—“was analyzing users’ personal homepages so we could better target ads to them.

“Along the way we ended up creating one of the most hated tools in the advertiser’s toolkit: the pop-up ad. I wrote the code to launch the window and run an ad in it. I’m sorry. Our intentions were good.”

After Tripod merged with Lycos, Zuckerman headed back to Ghana to figure out the answer to “what seemed like a silly question. In this little town in Massachusetts, we built a business that had a global audience. Could you do the same thing in Accra?”

The short answer was yes. He co-created GeekCorps, a “Peace Corps for geeks,” where, instead of building bridges and water systems, thousands of volunteers from developed nations mentored Internet service providers and other technology businesses in developing nations, primarily in West Africa.

GeekCorps “brought me out of the commercial web and into the world of tech for social change,” Zuckerman says. “I find the whole nature of the commercial world inhibiting. If you put out a product and it doesn’t work, you pivot. You end up doing a different business than the one you expected to do.” Tripod was initially built to market “tools for life” to recent college grads but turned into a webpage hosting service driven by pop-up ads. 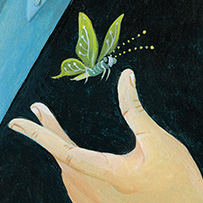 “I’m not interested in pivoting from core values. I’m interested in iterating and figuring out what works,” adds Zuckerman, who spent five years with GeekCorps, now a division of the Executive Service Corps. “What does the Internet look like if your goal is to protect human rights? To protect free speech?”

Zuckerman made his next career transition from the dot-org world of non-profits to the dot-edu world of education. He spent time at Harvard Law School’s Berkman Center for Internet and Society, thinking deeply about the “attention economy,” meaning “how the Internet has—and has not—made it easier to find out about the broader world.”

Studies have shown a 30 percent to 50 percent decline in foreign news coverage in U.S. newspapers over the last four decades, which “is really bad news,” Zuckerman says.

But if more people than ever in, say, Nigeria, are using the Internet to post updates, opinions, photographs and videos about their daily lives, he says, “Shouldn’t that somehow lead to more information coming out of that country than when there were two or three news correspondents reporting from there?”

The question led to a hypothesis and then to a project. Zuckerman figured he needed to “grease the wheels” to “make it easier for everybody to find the smart Nigerians talking about politics,” thereby attracting U.S. media coverage.

So in 2005 he co-founded Global Voices, now a leader in citizen media, with nearly 900 bloggers and editors. As stated on the organization’s website: “We curate, verify and translate trending news and stories you might be missing on the Internet, from blogs, independent press and social media in 167 countries. Many of the world’s most interesting and important stories aren’t in just one place. Sometimes they’re scattered in bits and pieces across the Internet, in blog posts and tweets, and in multiple languages. These are the stories we accurately report on Global Voices—and translate into up to 30 languages, including Malagasy, Bangla and Aymara.”

Nearly a decade later, Zuckerman says Global Voices has been “an incredible success in terms of being a high-functioning community. But in the sense of having any impact on the media, it’s been a total failure.”

A case in point is coverage of the Arab Spring in Tunisia. Among Global Voices’ bloggers were “a number of Tunisian activists who promoted the protests and helped overthrow the government,” Zuckerman says. “So we were right in the heart of it.”

The American media, however, initially failed to pick up the story. “We’d been sitting there for three weeks waving our arms,” Zuckerman says of Global Voices’ bloggers. “We couldn’t get anybody to report on it.”

Only when it became clear that the Tunisian government would fail did Global Voices staff receive a flood of interview requests from American news outlets. But those three early weeks of media silence, Zuckerman says, constituted an eternity in an age of instantaneous news.

Zuckerman came to realize that boosting the supply of international coverage wasn’t enough. “We had to think about how to increase demand,” he says.

That led him to M.I.T. and his research for his book Rewire and the shedding—almost—of his cyberutopian mantle.

During convocation in September, Zuckerman received a Bicentennial Medal for distinguished achievement. President Adam Falk noted some of his many accomplishments: being named a Foreign Policy “top global thinker” and receiving M.I.T. Technology Review’s Technology in the Service of Humanity Award. Falk noted Zuckerman’s dozens of articles, essays and speeches, which include the July 2010 TED talk “Listening to Global Voices,” viewed nearly 530,000 times.

“You have become, in a way, the conscience of the Internet,” Falk said, “pointing out its shortcomings and helping imagine and develop tools through which new media can become not just social, but civic.”

With convocation focused on the dedication of Sawyer Library, Zuckerman spoke of our changing relationships with books and with information more broadly.

“It’s directly parallel to the problems librarians have been having since the dawn of time—the problem of engineering serendipity,” he said. “It’s making the library—or, in my case, the Internet—a place where you can take a deep dive into a subject you care about and also … discover something unexpected and life changing.

“We’re always going to have to make choices about who we know, what we read, what we care about,” Zuckerman said. “But we can make decisions to choose a wider world.”

Jill U. Adams is a science journalist who lives in Albany, N.Y.