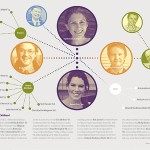 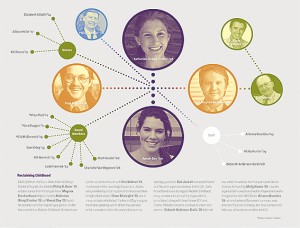 The tradition of Ephs helping Ephs along the job path is an old one (“The Alumni Network,” summer 2014). My father, Frank Coan, Class of 1911, was helped into a government job by Williams President Phinney Baxter, Class of 1914 and a high official in the Office of Strategic Services. My first job was in the State Department, where my boss was Clinton Knox ’30, head of research for Europe and subsequently an ambassador. My first management job, starting a new marketing division, was for Bill Klopman ’43, president of Klopman Mills and later CEO of Burlington, the nation’s largest textile company. The key recommendation came from my classmate Jack Heineman ’45. Later, in my role as the first full-time fundraiser for the NAACP, I was helped by Robert Allen ’43, treasurer of Cincinnati Bell Telephone, who gathered the movers and shakers of the city to meet the new head of the association.