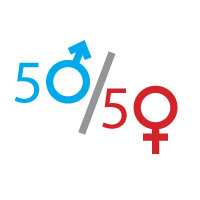 While finishing her Bancroft Prize-winning book Ourselves Unborn: A History of the Fetus in Modern America (Oxford University Press, 2010), Dubow became interested in how law, social movements and politics intersect. She continued to pursue the question in her ongoing research as well as in the classroom, teaching courses such as “The 14th Amendment and the Meanings of Equality,” “Gender, Law and Politics in U.S. History” and “The Abortion Debate: The Politics of Abortion in the U.S., 1973-Present.”

But her next two projects—one on the history and politics of “conscience clauses” that allow individual health care providers and institutions with religious or moral objections to refuse to provide abortions or other reproductive health services, and another on gender, sexuality and the 14th Amendment—require deeper knowledge of and training in constitutional and administrative law and legal history. The $188,000 New Directions Fellowship will allow Dubow to work on the projects while taking classes as a visiting researcher at Yale Law School and traveling to archives and libraries, including the newly opened papers of the American Civil Liberties Union (from 1970 to 2000) at Princeton University.

New Directions Fellowships are intended to enable “established scholar-teachers to pursue formal substantive and methodological training in addition to the Ph.D.,” according to the Mellon Foundation. “[They] are meant to be viewed as longer-term investments in scholars’ intellectual range and productivity.”