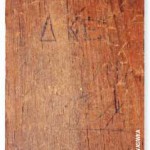 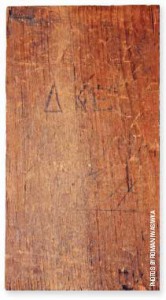 I read with interest Robert Seidman’s ’63 article “Band of Brothers” (spring 2013) and reflected on the ripple effect of his actions in 1961, one washing over me in 1962 as a high school senior. I had my heart set on Northwestern but found off-putting the dominance of the Greek system during a visit in November. A few years before, the Kansas City public schools had banned entrenched fraternities and sororities partly because of the harmful effect on those excluded, an experience I had witnessed close to home.

In December Director of Admission Fred Copeland ’35 interviewed me in Kansas City, winning me over not only with Polaroid snapshots of campus but the chance to be involved in the transition from fraternities to a yet-to-be-formulated residential housing system. (OK, I wasn’t likely going to play sports in the Big Ten…) Perhaps a unique perspective but a compelling one, and I came to Williams in 1963 in large part because of the change set in motion by Seidman, et. al. (and got to play baseball for four years with Coach Bobby Coombs).

Regardless of Robert Seidman’s ’63 impressive credentials, an attack on Alpha Delta Phi is an attack on my friends. I pledged Alpha Delta Phi at Stanford, Class of 1958, a chapter in which I served in several capacities, including president. I transferred to Williams and to the Alpha Delta Phi fraternity, Class of 1961. I lived in an apartment rented to me by President Sawyer during my junior year. In my senior year, I moved into the fraternity. Joe Low ’61 and Bill Penny ’61 accepted me as a roommate. To dismiss these fine men out of hand because they belonged to a cruel, discriminatory (Seidman’s view) fraternity is intellectually dishonest. I personally liked Bruce Grinnell ’62. I did not share his vision, but admired his integrity. Ending fraternities rather than reforming them, however, was a great loss for the college.