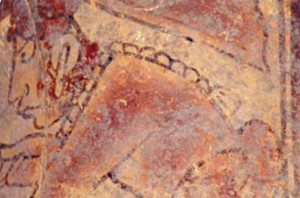 Since 1998, Antonia Foias, chair and professor of anthropology at Williams, has directed multifaceted archaeological research at Motul de San José in Guatemala. Now, with a grant from the National Science Foundation, she and an international team of scientists will return over two summers to explore the causes of the political dynamism of Maya states.

Along with fellow archaeologists as well as specialists in soil studies, chemistry, ecology, zooarchaeology and archaeobotany, Foias hopes to use Williams’ $286,188 portion of the grant to understand better whether Motul de San José, the capital of a small Late Classic period Maya state in Northern Guatemala, ruled over its peripheries by forming alliances with local groups or through conquest and annexation of territories. “Maya archaeologists know a great deal about the large cities of the Maya world,” says Foias, “but much less about the small communities that sustained them.

“Our project,” she adds, “will inquire how the farmers in the hinterland were integrated with the elites and royal families living in the cities, and specifically with those at Motul de San José. We want to explore how these commoners participated in the larger polity centered on Motul.”

Foias hopes to learn “how political agency combined with environmental exploitation … within a polity determines the stability and longevity of that particular state, or its collapse, offering us lessons for the present time.”