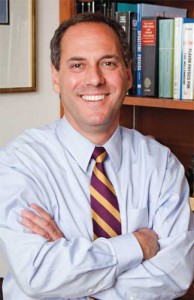 Animating the past is important, especially with a history as rich as Williams’ and particularly when passing major milestones.

As readers of the magazine know, the college is experiencing the 50th anniversary of a decade of extraordinary change that, not coincidentally, occurred during the Williams presidency of John E. Sawyer ’39. This change included the phasing out of fraternities, the admission of women, the racial broadening of the student body, the introduction of non-Western studies and the launching of Winter Study, environmental studies and the graduate program in art history.

We’re determined to celebrate this history the best way that an intellectual community can—by understanding it better and applying its lessons to our future. (Find out more at our April 5-6 event, Daring Change.)

The effort began in the January 2012 issue of the magazine with a discussion of Jack Sawyer’s form of leadership by historian Michael Beschloss ’77 and President Emeritus John Chandler. You can read the interview at http://alumni.williams.edu/adefiningdecade.

We continue in this issue with a feature on a remarkable artifact—a film made in 1964 by CBS News of a conversation with Sawyer and Harry Ransom, who was then chancellor of the University of Texas. In the film, Sawyer, whom most of us know only as legend, comes alive. Clips of the broadcast are available at http://bit.ly/whatsawyersaid. (Or you can request a link to the full video by emailing [email protected].)

Beginning on p. 12 of this magazine, members of the college community respond through the lens of the present to several points Sawyer made in the film that bear particular relevance today.

Indeed, the degree to which the issues Sawyer and Ransom addressed a half-century ago remain significant today is remarkable. One such matter is something I’ve been thinking and talking about often: the role of technology in teaching and learning at a college like Williams.

Some pundits claim that new technologies such as massive, open, online courses will make us obsolete. I don’t believe it for a second.

What Sawyer said in the film about the effect of emerging technology on education in his time still applies: “We must not let ourselves be deluded into thinking that there can be endless mechanical substitutes for the essential human input.”

Education always has been and always will be a social activity, an irreducible magic found in the interaction between committed teachers and talented students. At Williams, we’ve examined what inputs to learning correlate most highly with self-reported advances in fundamental skills such as critical thinking and written expression. The result of our study is striking: By far, it’s the degree of personal interaction that a student has with faculty. If that reminds you of Mark Hopkins and the log, it should, because Williams has long been the standard-bearer for this personal approach.

There is no doubt that new technologies will continue to enhance how we teach and learn in significant and exciting ways. But nothing can effectively replace the educational model that Williams stands for—a model that we will continue to defend no matter which way the winds of fashion blow.