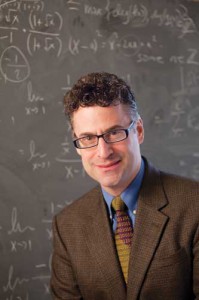 Burger has received numerous national awards, including the 2010 Robert Foster Cherry Award for Great Teaching from Baylor University, the 2001 Deborah & Franklin Tepper Haimo National Award for Distinguished College or University Teaching of Mathematics and the Chauvenet Prize from the Mathematical Association of America. In January 2013 he was inducted as one of the first fellows of the American Mathematical Society.

He will begin his tenure as Southwestern’s president on July 1.