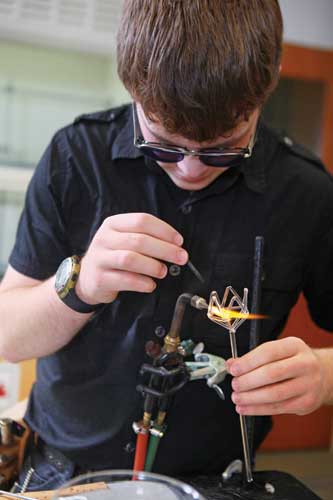 A Space for Study

January at Williams is Winter Study, an intentional break between the fall and spring semesters that allows students and professors time to stretch their intellectual muscles in ways they might not during the regular academic year. Ways that include studying the art and science of glassblowing in a converted chemistry lab. Or making a group exercise of reading War and Peace in its entirety. Or practicing aikido and then applying its principles to political speech. These classes, depicted in the photographs on the following pages, are just a sampling of the opportunities available to students during Winter Study. For more, visit http://bit.ly/winterstudy2013.

Nathan Bricault ’14 focuses on the hot, red tip of a glass rod he’s shaping into a model of a bacteriophage, a microscopic virus that attacks bacteria. Didymium glasses allow him to see the details of his work within the bright orange-yellow flame issuing from the torch before him.

Like most of the 10 students taking “Glass and Glassblowing” in a temporarily converted chemistry lab, Bricault loves to work with his hands. A physics and computer science major, he wants the models he’s building—the bacteriophage (its head formed by 20 equilateral triangles) as well as a long, slender neuron—to be “artistic,” he says. “But I equally want them to be scientifically accurate.”

Blending science and art is at the heart of the class, which Jay Thoman ’82, the J. Hodge Markgraf Professor of Chemistry, has taught nearly every January for the past 15 years. In addition to their daily work in the lab, Thoman’s students are required to write a 10-page paper on topics such as fiber optics, the uses for glass during the Roman Empire and glass in modern architecture.

Thoman’s own love of glass was sparked in childhood, and in graduate school he worked in a glassblowing lab down the hall from his chemistry lab. Ever since, he’s been shaping small connectors and adapters for the vacuum lines he uses in his own research.

Thoman instructs the students on proper techniques as well as the chemistry behind, say, what causes the color of the bright orange spine that Julia Cline ’15 is now attaching to the back of a red dragon.

Whether they’re majoring in computer science, astrophysics, music or math, Thoman’s students have at least one experience in common: having a piece of glass shape up to be something very different than expected. As Cline, who plans to major in physics and math, works the flame, she realizes the benefit of that experience. “In the more traditional classroom,” she says, “I will appreciate all of the pieces—of a written paper or a problem set—even if they turn out very differently from how I anticipated.” 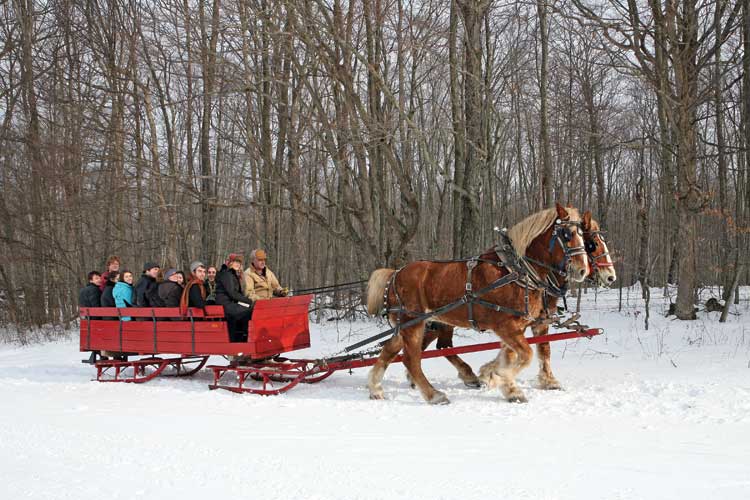 “Books possess a magical, elusive quality that we often overlook when we read as scholars,” says Rudi Yniguez ’16. “In a typical class, our time is spent screening sentences for symbolism or analyzing syntax instead of allowing the natural rhythm of the book to pull or push us along as it’s intended to do.”

So when the opportunity presented itself to read Leo Tolstoy’s War and Peace—all 1,296 pages of it—Yniguez jumped at the chance.

For three days each week, Yniguez and 14 classmates get together to read the volume translated by Richard Pevear and Larissa Volokhonsky, the “A-team of Russian-to-English translation,” says Cassandra Cleghorn, senior lecturer in English and American studies. There are also optional, all-day drop-in-and-read sessions on Mondays.

Winter Study is “the perfect occasion to lose and then find oneself in the enormous world of a book many people consider the greatest novel of all time,” says Cleghorn, who, herself, had never before read War and Peace. “I’m reading the novel not as an expert but as a liberal arts student, as a lover of literature. This class is about learning how to read for life.”

Cleghorn had her students sign a contract agreeing to complete the novel by the end of Winter Study, all the while marking off their progress on posters hanging on their classroom wall. And they’re reading in all sorts of ways: individually and as a group; with guest lecturers providing context on Russian pronunciation and military strategy (complete with classic toy soldiers); and in different settings.

One afternoon, the class takes a sleigh ride to a forest cabin, where they light a fire and read aloud from the novel. “To feel the sensation of being pulled on a 19th century wooden sleigh through snowy fields and forests, and then to read aloud Tolstoy’s account of a horse-drawn sleigh ride, helps us become more active and imaginative readers,” Cleghorn says.

For theater and comparative literature major Sarah Sanders ’14, the class “has reminded me how much I love books. It had been a long time since I’d stayed still for more than two hours at a time, reading a novel.”

Says Yniguez, the only first-year student in a class of juniors and seniors whose majors include Arabic studies, art history, math, political economy and psychology, “I had no choice but to allow each page to wash over me. War and Peace has reminded me of the immense power of literature to not only introduce me to a world that I would not otherwise have been able to experience, but also to provide an escape from the one in which I reside.”

Speak Softly and Carry a Boken 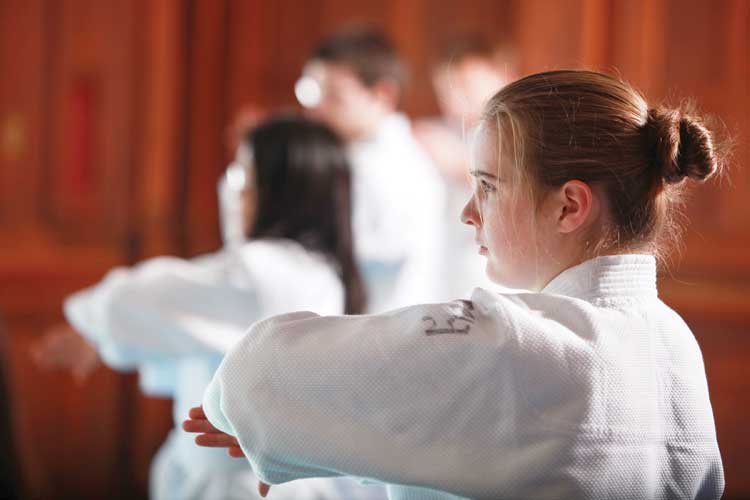 Maija Lindaas ’16 steps onto a mat and takes her place beside 20 other students kneeling in the sunlight that streams into Currier Ballroom. As they bow to a photograph of Morihei Ueshiba, the founder of aikido, and then to Robert Kent ’84, their instructor, the seeds of their final class projects are germinating.

“Aikido and the Art of Persuasive Political Speech,” the most recent of seven aikido-based courses Kent has taught during Winter Study over the last eight years, challenges both students’ bodies and minds. Daily two-hour training sessions involve stretching, rolling, attacking, defending and practicing with weapons. Twice-weekly luncheons bring students together to analyze current events using the principles of aikido that they’ve learned on the mat. Among them: Don’t embarrass your opponents, redirect their power to your own benefit, and understand what’s driving them.

“Aikido combines the samurai arts of sword and grappling with the philosophical desire to forge a path of harmony in the midst of chaos,” says Kent, a philosophy and religion major at Williams who studied aikido in Japan after graduation. “The most effective politicians understand the principles of aikido.”

For their final projects, Kent’s students are using these principles to research, analyze and write about issues like education reform and environmental policy. Teams of students are required to produce framing and strategy analyses, a legislative opposition and support survey, a 50-word elevator pitch, a 100-word State of the Union paragraph and two speeches.

Lindaas, a harp player and crew team member who plans to major in math and anthropology, is studying the Keystone Pipeline with her group. In building a case against the project, she recalls a recent class in which Kent demonstrated how to use a wooden sword called a boken. “Ask yourselves why you are defending yourself from this attack,” Kent instructed the students as they took turns being the attacker and the defender. “Dig deep to understand your own motivations as well as your opponent’s.”

His words stayed with her. “The goal,” Lindaas says, “is to use the attacker’s power against him. We need to find out the real reasons pipeline supporters want it and then use those reasons to redirect them.”