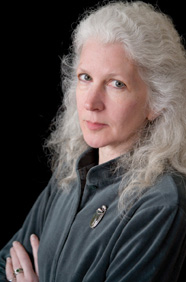 The characters in the five stories that make up Andrea Barrett’s latest book, Archangel, live at the junction of history and science in the early 20th century. Minor players in one story become major players in another. All are members of the scientific community trying to make sense of what in hindsight we know will be profound change but in the moment is less definitive.

The stories move backward and forward in time, ultimately spanning the period from 1873 to 1939 and covering revolutionary ideas including Darwin’s evolution and Einstein’s relativity as well as nascent efforts toward the discovery of DNA and early attempts at flight. As John Freeman writes in his review of the book for the Boston Globe, “Archangel scrambles the notion of progress and reveals, in a minor way, its hidden costs: mentors who are betrayed, ideas that are scrapped wholesale, with their useful parts.”

It’s all familiar territory for Barrett, a senior lecturer in English at Williams—she teaches introductory and advanced writing workshops—who won the National Book Award in 1996 for Ship Fever & Other Stories, a collection of novella and short stories weaving together historical and fictional characters from the world of science. A biology major at Union College who briefly studied zoology, Barrett was an avid reader and began writing fiction in her 30s. She is noted as much as for her scientific and historical accuracy as she is for her character-driven approach and rich, nuanced detail, as evidenced in this excerpt from “The Island,” about a young science teacher whose acceptance of creationism is shattered when she is exposed to evolutionary thought.

Daphne, whose lower back now touched Henrietta’s—they were leaning over opposite sides, skirts together, heads and arms far apart—said something Henrietta couldn’t hear. The professor’s wife told Edward to lift his oars once they rounded the rocky point. The bowls clicked, the edges flashed, and the drops falling from Edward’s oars sparkled like broken glass.

Henrietta swallowed twice and leaned farther over the side. The water had thickened, clotted, raised itself into disconcerting lumps. Suddenly they were floating not on water but on a shoal of jellyfish so thick that the ones nearest the surface were being pushed partially out of the water by those below, and so closely packed that when Edward lowered one oar to turn the boat, he had to force a path between the creatures. All the boats, Henrietta saw, were similarly surrounded; the shoal formed a rough circle 50 feet wide, quivering like a single enormous medusa.

“Pull close together!” the professor shouted from the dory ahead of them. “Now halt! Everyone!” He’d risen to his feet and was standing, his arms held out for balance, looking as though at any moment he might pitch into the sea but too delighted to care. He called out instructions, which his wife repeated more quietly as they stabbed their nets into the shoal. Henrietta worked with Daphne and Edward, trying in the excitement to sort the specimens properly. One bucket for the larger species; the other bucket for the Pleurobrachia and the other ctenophores; glass bowls for the most delicate creatures, which had to be kept separate.

As Daphne and Edward were using the nets, Henrietta slid an empty bowl beneath a clear saucer pulsing like a lung: an Aurelia, thick and heavy at the center, thin and slippery at the edges, over-hanging the bowl all around. The creature plopped disturbingly as she decanted it into a bucket.