The Art of Astrophysics 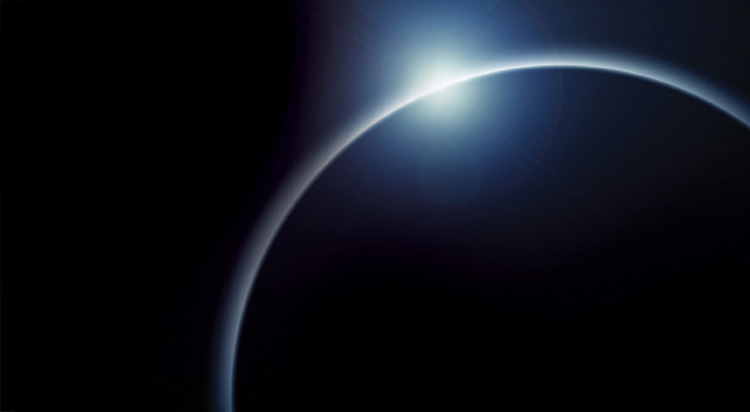 Muzhou Lu ’13 dedicated three summers and his senior thesis to tracking total solar eclipses in an effort to study the sun’s corona. His work was recognized in July at the American Astronomical Society meeting in Bozeman, Mont., where his presentation “Observations and Modeling of Solar Coronal Structures Using High-Resolution Eclipse Images and Space-based Telescopes with Wide Field-of-View” won the Solar Physics Division poster competition. Lu’s presentation was one of 24 entries—only two of them from undergraduate students.

Solar physicists have known for more than a century that the sun’s surface temperature is between 5,000 and 6,000 degrees Kelvin. But they don’t have a clear understanding of why the temperature of the sun’s atmosphere, known as the corona, is millions of degrees hotter. Much of their research on the corona comes from studying high-resolution photographs taken during total solar eclipses, when it’s most visible.

For his poster presentation, Lu examined the limitations of traditional models and observation methods. He also demonstrated, among other things, the potential for studying the sun’s corona by comparing space-based images of solar eclipses with ground-based ones in new ways.

His work is based on three trips he made to observe solar eclipses—including to Easter Island and Australia—during his time at Williams. Lu also studied at the Harvard-Smithsonian Center for Astrophysics and at the Royal Observatory of Belgium. The work informed his senior thesis, which aimed to capture what the corona looks like in visible and extreme ultraviolet light.

Lu’s co-authors for the prize-winning poster included Jay Pasachoff, who is the college’s Field Memorial Professor of Astronomy and was Lu’s senior thesis advisor, and Dan Seaton ’01, now the deputy director of a European Space Agency solar spacecraft project.

Lu spent last summer conducting planetarium shows at Williams and working with Pasachoff on a journal article based on his thesis findings. He currently is a teaching fellow at Barrie School, an independent day school in Silver Spring, Md.

The remainder of the fall 2020 semester is taking place remotely. See our Covid-19 website for strict health and safety protocols for those who remain on campus. All Williams College buildings are closed to the public and visitors until further notice.