Eisenson to Succeed Avis as Board Chair 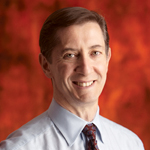 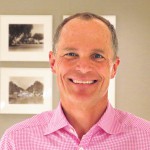 Michael Eisenson ’77 has been named chair of the Williams College Board of Trustees, effective July 1. He will succeed Greg Avis ’80, whose 12-year term on the board—including six years as chair—ends on June 30.

Eisenson came to Williams as a first-generation student and earned both a J.D. and M.B.A. at Yale. He is the CEO of Charlesbank Capital Partners in Boston. He has been actively involved with the college for many years, including serving in leadership roles for his class’s 25th reunion effort and with Williams’ last two comprehensive campaigns.

Eisenson also oversaw the work that led to the creation of the Williams Investment Office in 2006. Since becoming a trustee in 2007, he’s gained experience on a variety of board committees, including as chair of the Investment Committee.

Avis’ many accomplishments as chair of Williams’ board include partnering with campus leaders to guide the college through the U.S. financial downturn. He also oversaw a presidential transition and was instrumental in the completion of the Hollander Hall and Schapiro Hall academic buildings and in advancing major new projects including Sawyer Library, the environmental center and renovation of Weston Field. Over the years, he has devoted a great deal of time to getting to know Williams’ faculty, staff and students.”

The position of board chair is a demanding one,” stated President Adam Falk in announcing the change. “As we go about the college’s daily work, it’s worth pausing for a moment to acknowledge that this work is made possible in significant part by the often unseen efforts of such particularly dedicated and able people as Greg and Michael.”