“I experienced a love of music at full-moon parties where musicians and pickers went to a great old antebellum house and played music. It was almost otherworldly.”

—Marcus Hummon ’84, on finding a creative home in Nashville 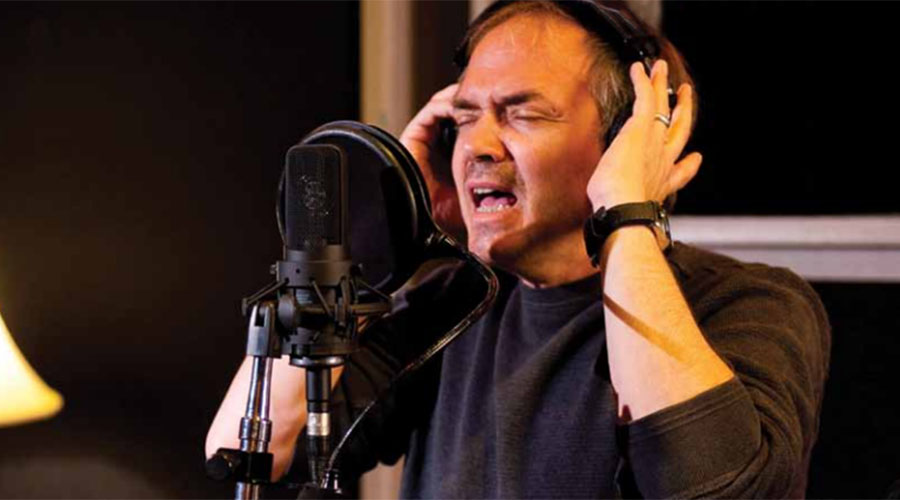 There are the hits: “Cowboy Take Me Away,” recorded by the Dixie Chicks. Wynonna Judd’s “Only Love.” Rascal Flatts’ “Bless the Broken Road.” Then there’s Tut, an oratorio-dance hybrid about Howard Carter’s discovery of Tut’s tomb. And Surrender Road, a play about a boxer with passages from Shakespeare blended with contemporary lyrics.

And at the creative center of it all is singer-songwriter Marcus Hummon ’84, who has spent much of his life, as he puts it, “finding a range of musical solutions to telling a story.”

Though his home base is Nashville, Hummon’s influences and inspirations extend beyond the country music culture of central Tennessee. He spent his childhood in the Philippines, Botswana and Saudi Arabia (his father worked for the Agency for International Development). He landed at Williams, where he majored in political science, starred on the football field and, with guitar in hand, he says, “played at the Log incessantly,” sometimes accompanied by his sister Sarah Hummon Stevens ’87.

After a brief time in Los Angeles after graduation—“I wanted to be a musician-poet and paint my own album covers, you know, Joni Mitchell, Cat Stevens”—Hummon moved to Nashville. Descended from a family of Ohio farmers whose annual reunions spanned nearly a century, he felt an immediate connection to the city’s “rich tradition” of remembering.

He spent a decade writing and performing before he got his first break. After hearing his song “Only Love,” Wynonna Judd, then at the pinnacle of her career, called to say she wanted to record it. When Hummon heard that the song reached number three on Billboard’s country songs list in 1993, he says he “left a recording session and just ran and ran in the rain.”

His song “Ready to Run” won a Grammy for the Dixie Chicks. Alabama’s take on Hummon’s “The Cheap Seats” became a classic baseball song. His “One of These Days” was a hit for Tim McGraw in 1997. And Rascal Flatts’ cover of his ballad “Bless the Broken Road” spent five weeks at the top of Billboard’s country charts and won Hummon a 2005 Grammy for Best Country Song.

“Sometimes it happens in a whoosh,” Hummon says, words that sum up the arc of his career as much as they do his writing process. He and Martie Maguire of the Dixie Chicks wrote “Cowboy Take Me Away,” another number-one Billboard country single, “in about 20 minutes. We couldn’t get the ink on paper fast enough.”

As award-winning songwriter Darrell Scott, with whom Hummon shares several credits, says, “Marcus is the most nimble collaborator, able to turn any direction with music and lyric in a heartbeat.”

Though Hummon tried life on the road in the mid-90s as a solo artist and again in 2001 as half of the duo The Raphaels (paired with Stuart Adamson, formerly of the Scottish band Big Country), he found spending 200 days out of the year away from home a hard grind with little payoff. When Adamson, fresh from rehab, resumed drinking and then hanged himself in a Honolulu hotel room, “That was the end of it for me,” Hummon says. “It was the darkest side of going out on the road. I decided at that point that I needed something wide-ranging.”

He turned to writing theater pieces. In addition to Surrender Road and Tut, which ran for four days at the New York Musical Theatre Festival this past fall, Hummon has written a musical drama, Warrior, which recounts the story of Jim Thorpe (considered one of the most versatile athletes of modern sports). Hummon’s Celtic-inflected The Piper takes place in immigrant Boston in the mid-19th century. His shows have garnered critical acclaim in productions at a variety of venues, from the Hartford Conservatory to Imagine Theatre in Manchester, England.

With the release of his solo CD Rosanna in 2010, Hummon seems to have come full circle. The compilation includes his personal takes on songs others have covered—“Only Love,” “Bless the Broken Road,” “Cowboy Take Me Away” and “Born to Fly,” which was co-written with Darrell Scott and made into a hit by Sara Evans. And there are new tracks like “Rosanna,” about an immigrant girl from Honduras sold into the sex trade. The song owes its origin to the work of Hummon’s wife, the Rev. Becca Stevens, Episcopal chaplain at Vanderbilt University and founder of Magdalene House, a residential program for women escaping prostitution and addiction.

“The place of the songwriter is one part prophet, one part village idiot,” Hummon says. “It really began to happen for me when I began to follow this path. No one ever went wrong by becoming too much themselves.”