A Life of (Writing) Crime 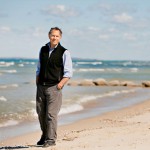 He’s been dubbed by Stephen King “my favorite American suspense novelist.” And critics at The New Yorker, The New York Times, the Los Angeles Times and Salon.com routinely heap gushing praise upon his work. But bestselling suspense and mystery novelist Peter Abrahams ’68 still wonders at the persistent distinction between crime fiction and literary fiction. “It’s silly,” he says. Taking in the sweep of marshland behind his Falmouth, Mass., home on a Sunday in May, Abrahams says the only thing that matters is telling a great story. 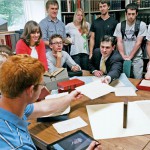 It’s 2:45 on a Thursday afternoon, and students in Patrick Spero’s “Politics of the Presidency” class are evaluating the campaign ad they’ve just viewed. “It was scathing,” says one student. “A great attack.” “The music was so effective,” adds another. “It really gets your attention.” The group could easily be discussing the latest TV spot for the 2012 presidential race. But the ad, created by history major Sarah Herr ’12, depicts a campaign that took place nearly 200 years ago—the contest between Whig William Henry Harrison and Democrat Martin Van Buren.

What You Need to Know About Election 2012 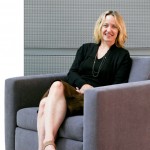 “Historic White House Win!” “Voters Embrace Call for Change.” “New Dawn.” So proclaimed newspapers across the country the day after Obama swept the 2008 elections, garnering more votes than any other candidate in U.S. history. Pundits and pollsters alike heralded the victory as the start of a new progressive era.