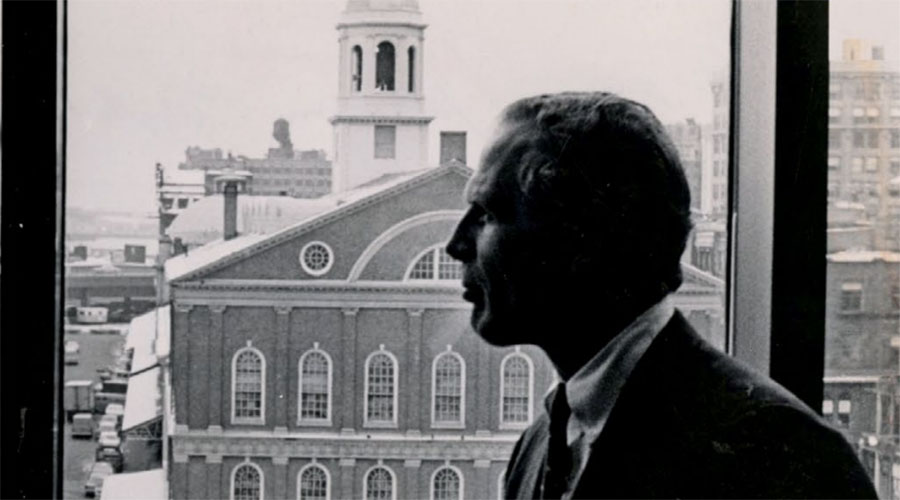 He was audacious and outspoken. But the big dreams of Boston Mayor Kevin White ’52, who passed away in January, helped rebuild the city of Boston.

Boston’s Kevin White (shown in his City Hall office in 1969) became a giant among American mayors.

There was no bigger moment for the City of Boston or its mayor than when Queen Elizabeth visited in July 1976, during the nation’s Bicentennial celebration.

As America’s Bicentennial celebration reached its height in the summer of 1976, millions of tourists in Boston cheered the Tall Ships as they circled the harbor. The newly opened Faneuil Hall Marketplace drew crowds to a festival atmosphere. The Boston Pops lilted and soared in a nationally televised Fourth of July concert. And an ebullient Mayor Kevin Hagan White ’52 strolled past City Hall in a parade, his arm around the Queen of England.

There was no bigger moment for the City of Boston—or for its mayor. “Getting the Queen here, that was really Kevin,” says Michael B. Keating ’62, counsel to the city’s Bicentennial organizing committee and today a partner at Foley Hoag. “He was never limited in his own mind by what he could do for the city.”

White was mayor for 16 tumultuous years, from 1968 through 1983, a time of profound change that saw Boston struggle with racial conflict and then shed its image as a provincial backwater to become a modern city.

He became a giant among American mayors, laying the groundwork to run for president in 1976. But any national ambitions were doomed in part by the violent protests over a 1974 federal court order to desegregate Boston’s schools. Later, his record was tainted by a federal investigation into his administration and fund-raising activities, though he was never charged with a crime.

When White died on Jan. 27, 2012, at the age of 82, after a long struggle with Alzheimer’s disease, city and state leaders looked anew at his legacy. “He held the city together,” says Paul S. Grogan ’72, a former speechwriter and aide to White and now president and CEO of The Boston Foundation. “He planted the seeds for what would become the Boston Renaissance.”

White was born into Boston’s Irish political class. His father and grandfather both had been City Council presidents. But White himself was closest to his mother, Patricia, who preferred the classics to politics. White was such a voracious reader that, as mayor, his historical allusions often left Boston pols scratching their heads.

“He was able to go to both Tabor Academy and Williams, so he had an elite, private education layered over the legacy of old Boston politics,” Grogan says. “It made him a unique amalgam of attributes. He often talked about how Williams had lifted his sights considerably.”

White was 38 when he was elected mayor, and he filled City Hall with idealistic young aides who would become leaders in business and government. His first chief of staff was no City Hall insider but rather future Congressman Barney Frank, a young Harvard graduate who grew up in New Jersey. White, Frank recalls, “was aware he was a transitional figure between the old Boston political tradition in which he grew up and a newer set of things he was embracing.”

At the time, America was being consumed by racial tension. Large-scale riots were engulfing disenfranchised black communities in Detroit and Newark. The summer before White took office, Boston had seen three days of looting and violence in Roxbury after police broke up a demonstration at a city welfare office.

White was the first Boston mayor to truly reach out to black neighborhoods. He walked the streets—shirtsleeves rolled up, jacket over his shoulder—and talked to residents on their front stoops. He placed people of color in upper-level city jobs and promoted black police officers to positions of higher authority.

When Dr. Martin Luther King Jr. was assassinated on April 4, 1968, White, fearing a riot, proposed canceling a James Brown concert at the Boston Garden already scheduled for the following night. He then changed his mind and asked the Godfather of Soul to broadcast the show live on public TV, offering Brown $60,000 to cover any loss at the gate. Since the city budget couldn’t cover the expense, White coaxed the money from a consortium of Boston business leaders.

The night of the concert, White took the stage, imploring the audience to “honor Dr. King in peace.” Brown, in turn, paid White the ultimate compliment, calling him a “swinging cat.” The mayor’s plan worked—people in Boston stayed home that night, and the city remained relatively calm, even as devastating riots broke out across the country.

“One of the great things about him was his openness and his ability to improvise … and do things that were unconventional,” Frank says. “It seemed almost the natural thing to do, given his style, which was, ‘Let’s not just go by some old rules. Let’s look at what we’ve got and do the best thing with it.’”

David Kibbe is a freelance writer based in Boston.

June 15, 1952
White graduates from Williams and goes on to learn a law degree from Boston College 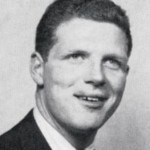 Nov. 8, 1960
White is elected Secretary of the Commonwealth after serving as Suffolk County prosecutor

April 5, 1968
To avert a riot after the assassination of Martin Luther King Jr., White arranges to have a concert by James Brown broadcast live on Boston public TV

May 6, 1970
White unveils plans for Fanueil Hall Marketplace, his signature development, which opens to fanfare in August 1976 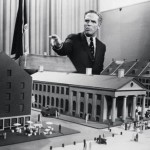 July 18, 1972
White persuades the Rhode Island governor to release the Rolling Stones, being held on drug charges, to his personal custody for a scheduled concert at Boston Garden 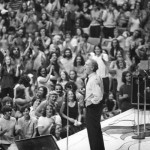 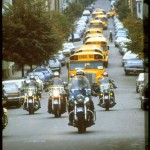 July 11, 1976
White welcomes the Tall Ships and Queen Elizabeth to Boston to celebrate the nation’s Bicentennial

Dec. 30, 1983
White serves his last day as mayor after four terms in office 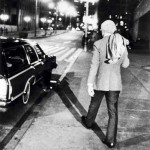 April 14, 1989
The US Attorney’s Office ends a long-running corruption investigation of White’s administration without filing charges against him

Sept. 4, 2003
White’s family reveals that he is in the early stages of Alzheimer’s disease

Nov. 1, 2006
The city unveils a statue of White outside of Fanueil Hall 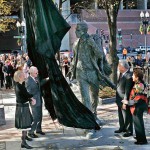