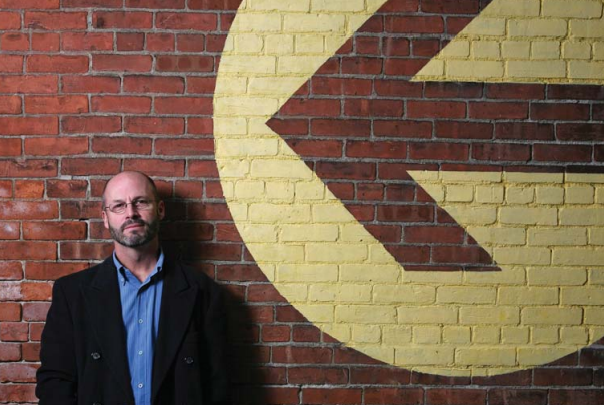 With his professional vocal ensemble Roomful of Teeth, Brad Wells has re-imagined the very nature of singing in the 21st century. The group brings renowned artists and composers from all over the world to the Berkshires to create brand new sounds together.

While the voice itself—humanity’s oldest instrument—has not changed in eons, different cultures have manipulated it over time to create an astonishing array of sounds. Consider traditional Tuvan throat singing (with its deep undertones and powerful overtones), the dizzying high-low cycles of yodeling, the polyphonic harmonies of Sardinian chanting or the robust voices of Mbuti pygmies.

Until recently these techniques were isolated within specific subcultures, often in remote corners of the world. Now, as humans move fluidly across continents, says Wells, “anything that can be done with the human voice can be learned by anyone else. Everything is possible.”

Wells, the college’s director of choral activities and the Lyell B. Clay Artist in Residence in Vocal Studies, created Roomful of Teeth three years ago specifically to explore these possibilities. The ensemble brings together eight classically trained singers who work with masters of nontraditional vocal techniques for intensive residencies at Williams and MASS MoCA in North Adams. The singers, who have appeared in venues such as Carnegie Hall, Lincoln Center and Tanglewood (and with performers ranging from the Boston Pops to Bobby McFerrin) become novices again, learning techniques unlike any they’ve ever attempted.

Roomful of Teeth then commissions the world’s leading contemporary composers to create a “repertoire without borders” for the ensemble, Wells says. The composers are a who’s who of contemporary music: Judd Greenstein ’01, Rinde Eckert, Caleb Burhans, Merrill Garbus of tUnE-yArDs, William Brittelle and Sarah Kirkland Snider.

Greenstein, a former student of Wells’ and one of the ensemble’s original composers, says, “It’s hard to express just how different Roomful of Teeth is. It starts from square one in terms of the possibilities of the human voice. It’s more than a group of classical singers who know how to do other things. It’s more than a collection of new sounds; these vocalists actually mold their voices into an entirely new product. As a composer, that’s an exciting thing to work with.”

Throughout his career Wells has tried to break down barriers between Western and non-Western traditions, work that earned him an Aidan Kavanagh Achievement Prize from the Yale Institute of Sacred Music. He came to Williams in 1999, having held positions at Yale, Trinity College, University of California at Berkeley and California State. He’s lectured and published articles on the physiology and acoustics of non-classical vocal styles and has led students on trips to explore vocal traditions in Bolivia, Argentina, Italy, Scandinavia, the Baltics and—during this past Winter Study—South Africa. Roomful of Teeth, however, takes this exploration to a new level.

“I wanted the ensemble to be more than people who sing beautifully, singing notes arranged differently,” Wells says. “I was captivated by the promise of making something entirely new.” 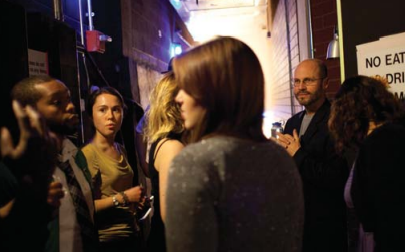 Greenstein, who is a director of the NOW Ensemble, co-director of New Amsterdam Records and a composer for violist Nadia Sirota, opera singer Anne-Carolyn Bird and the group Bang on a Can, says this newness demands a different approach to composing. “You can’t just write a score, hand it to the singers and have it sound like you expect,” he says. “It’s a tremendously open and dynamic process. That first year especially, the singers were learning what their voices could sound like, what they were capable of, literally as I was writing music for these new sounds they were creating.

“It was a real democracy of strangeness,” Greenstein adds. “We were all entering new territory together.”

The results, by all accounts, aren’t just interesting; they’re beautiful—and fun. The ensemble won the 2010 American Prize in Choral Performance, a national competition led by maestro David Katz. They’ve twice been a Time Out New York Critic’s Pick, were profiled in The American Scholar and were a featured ensemble at the Ecstatic Music Festival in New York City in 2011 and 2012. 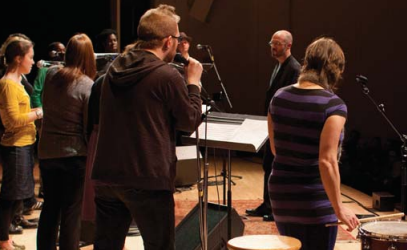 “Roomful of Teeth just slays me ,” says Joe Thompson ’81, director of MASS MoCA, which hosts the ensemble’s annual residencies. “Their lush, layered, emotive sound infiltrates the very brick and mortar of our buildings. … When Roomful of Teeth is in residence, I feel the same way I did when we had 60 artists in residence drawing Sol LeWitt; the work and their process is so deeply beautiful, it’s hard to stay focused on my desk job.”

Is it surprising to have an ensemble like Roomful of Teeth formed at a small New England institution like Williams? Absolutely not, says Greenstein. “There’s such richness and diversity at a school like Williams,” he says. “It doesn’t surprise me that a person as creative as Brad thrives in that setting. Ideas bounce off of each other in incredibly exciting ways.”

And what’s it like for Wells to hear the group come together, to hear the ensemble he created at work? He uses just two words to describe the feeling: “Staggeringly exciting.”

Roomful of Teeth’s first recording will be released on New Amsterdam Records in September 2012. For information on future appearances and to hear clips of live performances, visit peristylium.org/roomfulofteeth.