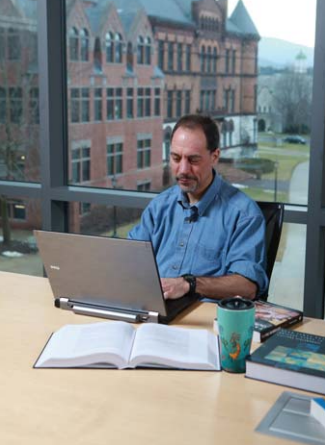 Beyond the One Percent

Williams » Williams Magazine » Spring 2012 » Features » Beyond the One Percent

Three economics professors at Williams are contributing to the national conversation on income inequality in insightful, relevant ways.

The rallying cry of the Occupy Movement—which began in Zuccotti Park in New York’s financial district in the fall and spread quickly across the country—captured the nation’s attention by trying to draw a clear line between the haves and the have-nots. The protestors’ argument: that wealth among the top 1 percent of Americans has been growing more rapidly than that of the other 99 percent.

The protests changed public and political discourse, with debate over economic justice shaping even the 2012 presidential race. But amid the rhetoric, the calls for reform and the seemingly constant media coverage (Time magazine named Occupy Wall Street the number-one news story of 2011), researchers have been trying to understand why, exactly, the income gap is widening and what effect this is having on American society.

At Williams, three economics professors in particular have been delving into different facets of income inequality, bringing empirical research to bear on what is arguably one of the most pressing issues of these times.

Jon Bakija is working to understand who, exactly, constitutes the 1 percent. David Zimmerman is developing a model to compare the effectiveness of anti-poverty programs by determining their impact on children’s future earning potential. And Tara Watson is studying the effects of residential segregation by income as well as how wealth influences who gets married. Here’s what they’ve learned so far…

Jon Bakija Answers the Question: Who are the 1 Percent? 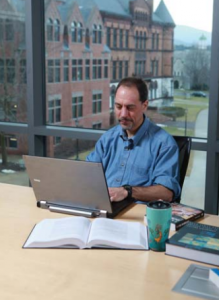 For some time statistics have shown that the share of the nation’s income going to the top earners has increased dramatically over the last three decades. But nobody seemed to have a clear idea of who was making all that money.

In November 2010 economics professor Jon Bakija released a working paper examining who, exactly, the 1 percenters are. Along with economists Adam Cole of the U.S. Treasury and Bradley T. Heim of Indiana University, Bakija combed through nearly a quarter-century’s worth of tax returns, pulling out information on individuals’ occupations. Using employers’ tax I.D. numbers, the three were able to determine the industries in which these individuals were employed.

What has emerged in this landmark study is a much different picture of the 1 percent—as well as the top 0.1 percent—than has been popularized by protesters and politicians alike.

According to the tax data, in 1979, the wealthiest 1 percent of Americans accounted for 9.18 percent of the national income. By 2005, Bakija says, that number had risen to nearly 17 percent.

Within the wealthiest 1 percent, individuals earned on average $717,000 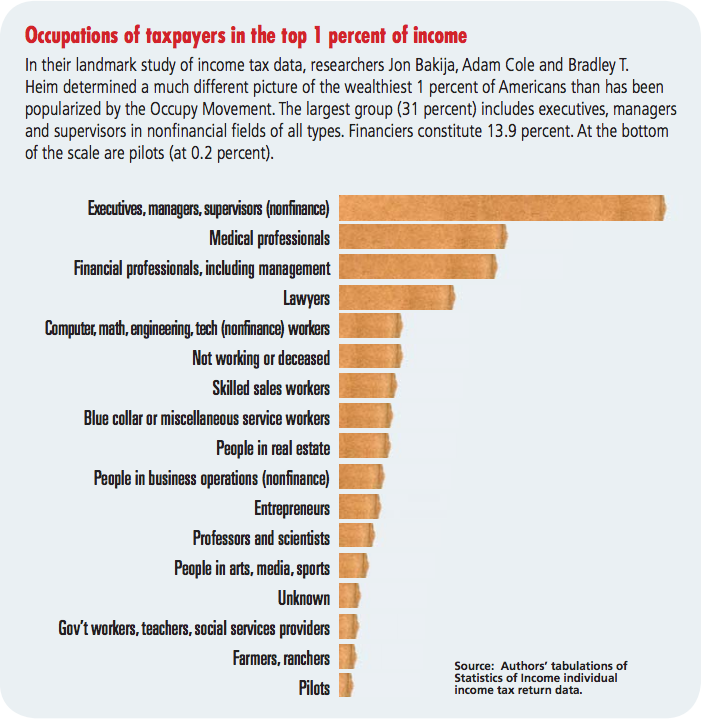 per year, excluding capital gains(based on research by economists Emmanuel Saez and Thomas Piketty). Bakija, Cole and Heim found that 31 percent were executives, managers and supervisors in nonfinancial fields in nearly every industry, including construction, food services, technology and telecommunications. Medical professionals made up another 15.7 percent. Financial professionals, the primary target of the Occupy Movement’s protests, comprised 13.9 percent (up from 7.7 percent in 1979)

Meanwhile, Bakija says, in 1979 the top 0.1 percent of earners took in 2.83 percent of the national income. By 2005, that number had grown to 7.34 percent (with individuals earning on average $3.9 million per year, according to Saez and Piketty). During that period, the share of nonfinancial professionals in that group dropped from 48.1 percent to 42.5 percent, while that of financiers rose from 11 percent to 18 percent.

Bakija, Cole and Heim are now further refining their research, “getting more precise information on the ‘executives, managers and supervisors’ group, since they account for such a large share of top income earners,” Bakija says. They’re also comparing earnings in various professions in the U.S. to those in other countries as well as looking at what factors really are contributing to rising top income shares and determining to what extent they are doing so. Among many plausible contributing factors are the globalization of the economy, the stock market boom, changing social norms regarding executive compensation and tax changes that favor the rich.

“Distinguishing how much of the rise in top income shares is due to each of these different explanations has important implications for tax policy,” Bakija says. “By no means do we have the final answer to this question nailed down yet, but knowing the occupations of top earners is an important prerequisite to making progress on it.”

David Zimmerman proposes: Closing the Income Gap from the Bottom 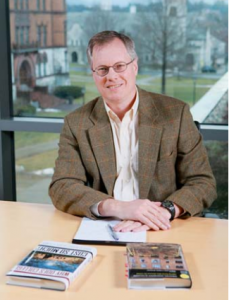 The Occupy Movement and the rhetoric surrounding it have focused on redirecting income from the top 1 percent of earners to the 99 percent. But economics professor David Zimmerman thinks the likelihood of closing the income gap from the top is remote, particularly given the volatility of the current social and political context.

Instead, he argues that certain targeted, community based programs aimed at the poor, particularly poor children, can help improve the long-run economic prospects for this vulnerable population. In his 2010 book Targeting Investments in Children: Fighting Poverty When Resources are Limited, co-edited with Wellesley economics professor Phillip Levine, Zimmerman proposes a way to compare a diverse array of programs based on their impact on children’s future earnings.

“If our ignorance leads us to spend large amounts of money on interventions that don’t work, that is a huge loss,” says Zimmerman, who worked with Levine assisting New York City’s Robin Hood Foundation, which helps fund more than 200 programs aimed at low-income children. “If we are careless in how we allocate resources, the losses are felt by those poor children we might otherwise have helped.”

So while mentoring programs, just one type of intervention, have been proven to generate significant improvements in students’ grades, another important goal to consider is reducing children’s poverty later in life—something that Zimmerman and Levine set out to measure. Using data from the National Longitudinal Survey of Youth, the researchers showed that each .08 increase in grade point average achieved through Big Brothers/Big Sisters increases an individual’s lifetime earnings by $7,000.

Other investments, such as early childhood education or vocational training programs, have more dramatic impacts on lifetime earnings, with the benefits still significantly exceeding the programs’ costs.

High quality preschool programs, for example, cost about $15,000 per child and yet are estimated to raise the net present value of lifetime earnings for participants by about $60,000. “This is a significant gain for the low-income participants the programs target,” Zimmerman says.

Targeting Investments in Children, aimed at policymakers and nonprofit leaders, explores the impact on lifetime earning potential for a variety of initiatives funded by the Robin Hood Foundation. Among those showing the most promise to reduce poverty later in life: early childhood education, reductions in K-12 class sizes, increased teacher pay, increased college aid and intensive vocational training. Meanwhile, housing vouchers and child care, child health and teen pregnancy prevention programs might “make a great deal of sense as a matter of social policy,” Zimmerman says, “but have little impact on the human capital characteristics likely to raise a child’s economic outcomes.”

Zimmerman acknowledges the book’s findings should be interpreted with caution. Indeed, one early reader called the researchers’ goal “outlandishly ambitious.” Yet “ambition seems essential,” Zimmerman says, “when 13 million children are living below the official poverty line.”

David Zimmerman and Phillip Levine developed a way to compare a diverse array of poverty-reduction programs based on their impact on children’s future earnings. 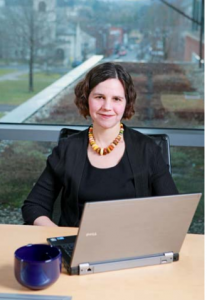 So what are the longterm effects of the widening income gap on American society? One major change is where people live and who their neighbors are, the focus of a study by economics professor Tara Watson.

“Poverty in the U.S. is about more than inadequate food and shelter,” Watson says. “It’s about lack of access to mainstream society and isolation from opportunity. Lack of access is compounded by geographic segregation of the rich and poor.”

In 2009, Watson published an article studying that very issue in the Review of Income and Wealth. Using neighborhood-level census data for 216 cities, she developed a Centile Gap Index that measures residential segregation by income.

“If we look out over the past 40 years, there’s been a dramatic shift toward a much more unequal residential landscape,” Watson says. “When there are periods of rapidly increasing income inequality, residential segregation also increases.”

As her research shows, between 1970 and 2000—and particularly in 1980, the result of urban flight—the richest and the poorest income groups became increasingly isolated from each other. “And as income inequality rises,” she says, “the rich will be more likely to outbid the poor for high-quality neighborhoods, and the rich and the poor will be less likely to live in close proximity.”

What does this all mean? Watson cites several sociological and economic studies of how so-called “residential sorting” affects everything from urban joblessness to school performance to the allocation of public goods. It may even affect whether we get married, another area Watson has researched. 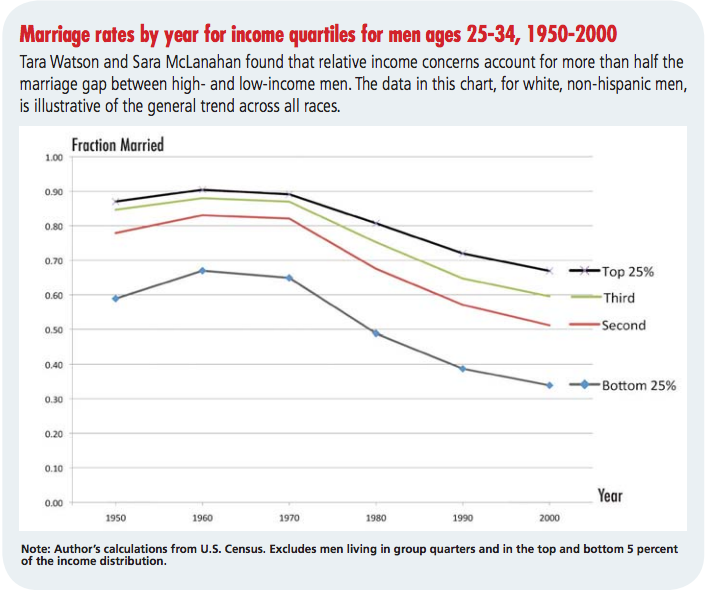 Over the past 50 years, marriage rates have been on a steady decline, something especially true among low-income populations. But while economic security long has been associated with the decision to marry, recent research by Watson, working with Princeton sociologist Sara McLanahan, has added another dimension to the mix: the “marriage ideal.”

“Many people believe they need to have a certain level of economic achievement or resources to marry,” Watson says. “And they measure these by what they see in their peers or neighbors. So as inequality increases, poorer couples are far from the ‘marriage ideal’ and less likely to marry. This is true even if they already share a home and have children together.”

Watson is careful to point out that in this study, peer groups are defined by metropolitan area, education level and race, not by residential income segregation across neighborhoods. But according to the research she and McLanahan conducted, relative income concerns account for more than half the marriage gap between high-and low-income men. Not only does the steadily dropping marriage rate contribute to income inequality, but it also further entrenches it.

“Low-income men are less likely to marry when those around them are richer,” Watson says. “Thus rising inequality can reduce the marriage rate at the bottom of the income distribution.”

Watson and McLanahan’s study, published last year in the Journal of Human Resources, has interesting implications at a time when policymakers and interest groups are promoting the social and economic benefits of marriage. Indeed, many recent anti-poverty initiatives have been aimed at strengthening marriage, and the welfare reform efforts of 1996 went so far as to say—quite controversially—that marriage was a means to ending welfare dependency.

“Inequality is more than a matter of who gets which resources,” Watson says. “It affects core elements of our social fabric: where we live, who we interact with, whether we marry and whether we feel that we are part of an American community.”

Savita Iyer-Ahrestani is a financial writer and blogger based in Westfield, N.J.
Print this page