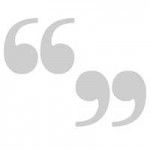 Those who knew Jack Sawyer ’39 are very glad to have the portrait of him given by Michael Beschloss ’77 and John Chandler (“A Defining Decade,” January 2012). I knew Jack at Harvard (1947-52), kept in touch with him when I taught abroad and had a very good view of his presidency from a neighboring vantage point when I taught at Amherst from 1968 onward.

Jack came from a New England business family, and that gave him a sense of the complexity of ordinariness—and perhaps, too, of the ordinariness of academic complexity. In his period at the Office of Strategic Services he met some of the more imposing European intellectuals it was our nation’s good fortune to inherit. When he was at the Society of Fellows he knew figures like McGeorge Bundy and Carl Kaysen and an entire group of rising stars, none conspicuous for excesses of modesty. In Cambridge I admired his amused and detached judgment of persons and events. When he was president, he visited Oxford, and I noted his graceful refusal to be overly impressed.

I’ve known a certain number of heads of institutions large and small, and Jack surely was outstanding for his understanding of academic (and human) foible, his clarity of analysis and his devotion to those he served.

I entered Williams in fall 1960. Phinney Baxter was still president, and fraternities were an integral part of campus life. Later, when John Sawyer moved to eliminate the fraternity system, a ruckus erupted, especially in the house I had joined—Psi Upsilon, now Tyler House, where many of my “brothers in the bond” were strongly opposed to the change. When I, a lowly sophomore, suggested that we at Psi U work with the college to facilitate the change, a number of my senior fraternity brothers chose not to speak to me for the rest of the year. Sawyer was spot-on, however, and I, the college and the Psi U clan all survived.

The robust diversity that now entirely permeates Williams was virtually non-existent in the late ’50s and early ’60s. Elsewhere in the country, the civil rights movement was in full swing, and the issues and sentiments at the heart of that historic undertaking found their way into the dialogue over fraternities at Williams.

Chaplain William Sloane Coffin Jr. was a vocal critic of the fraternity system, organizing a debate on its merits at one of the most popular fraternities. In a heated exchange he was asked what he’d do if his daughter wanted to marry a “Negro.” His unforgettable reply: “I wouldn’t trust any son of a bitch who wanted to marry my daughter.” A day or so later, Coffin and his wife left their young daughter and new son with a babysitter.  A member of the fraternity where the debate took place drove by the Coffin home and fired a shotgun through the front picture window, splattering glass over the babysitter and children in the living room. Not intimidated, the next morning in the chapel, Coffin announced, “The fraternity boys are finally taking me seriously.”

I have been touting John Sawyer, “the quiet revolutionary,” for decades. Williams was rapidly sliding into mediocrity when he became president. A pathetic endowment, degenerate fraternities and a very unimaginative curriculum. It was an institution complacently cruising on a reputation. Sawyer turned all this around, and the momentum continues. I believe Sawyer saved Williams, and finally he’s been given a large, celebratory, public recognition.

I loved Professor Raab’s analysis of Robert Frost’s “Stopping by Woods on a Snowy Evening” (January 2012). I was able to get a quick dose of non-finance learning in for the day when reading my mail late at night. Please continue this educational format in the future.

One of the most memorable experiences of my life was listening to Robert Frost read “Stopping by…” at Bennington College when I was at Williams in the ’50s. The sight and sound of this artist, with his snowy mane and memorable voice, was riveting—a very emotional moment. Thank you for bringing Professor Raab’s comments on this piece to us.

I was very interested in “The Red Jacket” (January 2012) as it pertained to the family of Ephraim Williams, founder of our college. Within the last year or two, as a result of genealogical research in concert with my sister, who is writing a book on the history of the Porters, we discovered that one of our forebears, Moses Porter, was killed in the same battle with Col. Williams. In 1752 Capt. Porter built a homestead in Hadley, Mass., that is now the Porter-Phelps-Huntington Museum.