One of the Last of the Latin-Named Plants

Williams » Today: Magazine » Fall 2012 » Study » One of the Last of the Latin-Named Plants 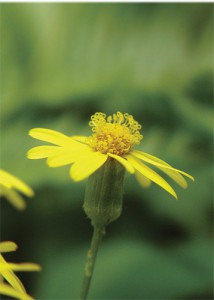 Admittedly, it’s a mouthful: Packera insulae-regalis. Especially considering that most people—including botanists—will call this new plant species by the simpler Isle Royale Ragwort, named for its home on the far side of Michigan’s Lake Superior.

But when Joan Edwards, the Washington Gladden 1859 Professor of Biology at Williams, and two colleagues from the University of Wisconsin described and named the species in the September 2011 edition of the journal Brittonia, they were among the last botanists to follow a requirement in place since 1935: formally describing each plant species in Latin.

Over the years, the need for using Latin, once considered a universal language, was clear. “Imagine the confusion,” Edwards says, “if there were Chinese and Japanese and Italian descriptions of plant species.” But English is now the lingua franca in the scientific community, increasingly recognized in scientific publications. So it was no surprise when, last Jan. 1, the International Code of Botanical Nomenclature announced it was changing the requirement to allow the use of English in describing new plant species.

Edwards first got involved with Isle Royale Ragwort in 1999, when she joined Wisconsin’s Robert Kowal and Emmet Judziewicz in studying the forms, modes of reproduction, and genetic makeup of the plant, checking on the population every year. This longer-than-usual process gave the researchers a chance to learn about the plant’s population behavior, a rarity in botanical publications. It also gave them time to have their descriptions checked over by a “Botanical Latin” expert at the Missouri Botanical Garden—an extra step in the process that sometimes can delay publication.

But with an estimated 100,000 plant species still unknown to science, “There’s an urgency,” Edwards says, to identifying and naming them. Deforestation, invasive species, and climate change will threaten up to a third of all plant species in the next half-century, so “the biodiversity crisis is real,” she adds. “We’re losing species all the time to anonymous extinction,” which is when plants disappear before scientists can find and classify them. When this happens, the plant’s potential purpose—as medicine or a renewable resource—disappears along with it. “Allowing English as an alternative to the Latin requirement,” Edwards says, “is one less obstacle between discovery and publication. It will help in the race to identify plants before they disappear.”

At a time when virtually no modern taxonomists know Latin, the International Code of Botanical Nomenclature’s decision to allow English in publications describing new plant species is certainly welcome. For Joan Edwards and her team, here’s how the change translates:

Isle Royale Ragwort
A new species with the basal and cauline leaves resembling those of Packera indecora, but differing in having the young leaves sparsely arachnoid pubescent, but with its heads resembling those of Packera paupercula; reproducing vegetatively by means of tiny adventitious rosettes on the roots. Chromosome number 2n=ca. 66+66=ca. 6x.