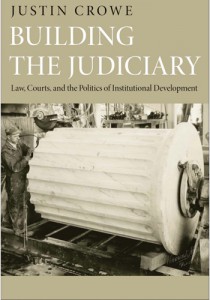 When the U.S. Supreme Court convened for the first time in history at the Royal Exchange Building in New York City on Feb. 2, 1790, it was a sorry scene, and even the justices knew it. With only four of George Washington’s initial six nominees bothering to show up and the court lacking even a single case to hear, Chief Justice John Jay and his three colleagues in attendance—associate justices James Wilson, William Cushing, and John Blair—spent the session devising procedures for the conduct of actual business. The justices could not have known then that they would have no such business for another 18 months, but, in retrospect, the dearth of activity demonstrated how the court’s institutional beginnings were inauspicious and suggested that its likelihood of exerting any measurable direction on the course of American life was slim.

When, more than 200 years later, the court convened for one of the most dramatic moments in its history at its own building in Washington, D.C., on Dec.11, 2000, it was a stunning spectacle, and all of America knew it. With Chief Justice William Rehnquist at the helm, all nine justices sat at attention for the day’s lone case, an election dispute summoned from the Florida Supreme Court, a thorny little matter known as Bush v. Gore. 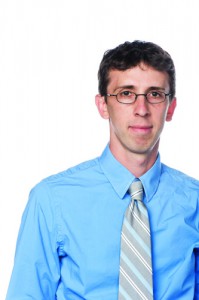 The justices steadfastly focused their questions on the arcane interstices of finely wrought election procedures, but, with two of the nation’s leading lawyers—future solicitor general Ted Olson and former government litigator David Boies—arguing and many citizens subsequently listening in via an immediately released (and nationally broadcast) audio recording, the remarkable and incontrovertible fact that a presidential election hung in the balance raised the possibility that the court sat at the apex of not just the American judiciary but also the entire American political system.

The dissimilarity between these two snapshots in the court’s history could not be more profound. … How did such a dramatic evolution occur? How did the federal judiciary in general, and the Supreme Court in particular, transcend its early limitations and become a powerful institution of American governance? How, in other words, did we move from a court of political irrelevance to one of political centrality?

From Building the Judiciary: Law, Courts, and the Politics of Institutional Development (Princeton University Press, 2012), by Justin Crowe ’03, assistant professor of political science at Williams.