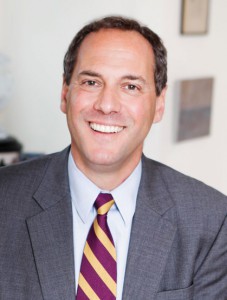 Colleges are, perhaps more than anything, places of intellectual excitement.

Since I last wrote in this column, my field of particle physics experienced one of its most riveting moments in the past half-century. That was when scientists at the CERN laboratory in Geneva found tangible evidence of the (until-then theoretical) Higgs boson, a discovery that addresses fundamental questions, including ones about the origin of the masses of the elementary particles.

Faculty members around the world, including our own David Tucker-Smith, are poring over those results, some of which occurred last spring when Alice Sady ’13 was present for an internship at CERN. (She was sworn to secrecy until the paper appeared!)

Physicists—including Peter Higgs—first proposed the Higgs mechanism in 1964. The idea is that there’s an invisible, pervasive and dense background whose presence gives particles their mass. The trouble is, while this theory made sense, no one had ever actually seen this background directly. Until now.

It’s like living deep in an ocean and never seeing the water around you—until one day you do.

Follow me on this—I promise it’s worth it. Massless particles always move at the speed of light, while slower-moving particles are said to have a mass. Albert Einstein explained this back in 1905.

To see what’s going on with the Higgs, let’s develop the water analogy. You, living in the ocean, see lots of light. A beam of light is just a stream of massless particles—photons—but if it’s traveling through some medium, like water, it moves more slowly, as photons bounce off the water molecules. (Physicists paying close attention will now be tempted to point out that this is technically true of motion through a plasma, not water. But most people aren’t familiar with plasmas, so let’s stick with the water analogy.)

Because they’re bouncing back and forth as they move past you, photons actually seem to have mass, and—because the interaction of light with water depends on the light’s color—varying masses, at that. You might conclude that the light is being affected by something invisible. You might decide to call it “water.” You could learn quite a bit about this water by observing light in great detail, drawing some conclusions about its microscopic qualities by comparing the behavior of photons of different colors.

But for all this knowledge about water gained indirectly, you’d rather see it. The best way to do that would be to make waves in it and study the waves directly, thereby confirming (or refuting!) your theory about the nature of water.

Up here on dry land, the elementary particles we know of (electrons, muons, neutrinos, quarks, and so on) all are intrinsically massless, just like photons, and they should move at the speed of light. But we observe each of these particles moving at different speeds, and, in fact, the masses of these particles cover a huge range. So we conclude that the particles are moving through some as-yet unseen background.

This is what we call the “Higgs background,” and we know quite a bit about it indirectly from the masses and interactions of the elementary particles. We have many theories of what it might be. To find out which one is right, we have to study the background directly, by exciting it (splashing it!) and seeing what happens. That’s what the Large Hadron Collider at CERN does. With a big, energetic collision of protons, it stirs up the Higgs background and makes it do something.

In the simplest theory of the Higgs background, what comes out is just one kind of particle: the Higgs boson. In more complicated theories, there can be more than one Higgs, or other exotic particles with names like “squark,” “photino” and “technipion.” (No, those are not names of characters in Shakespeare.) Until we’ve done the experiments, we won’t know.

While confirming the Higgs would easily stand as one of the most important scientific achievements of our lifetimes, many of us hope the collider exposes a lot more. We’re hungry for surprises, like clues to explain dark matter. This past summer’s discovery was a first step in this exploration, and I’m excited to watch with the rest of the department, the college, and the world as the journey continues.