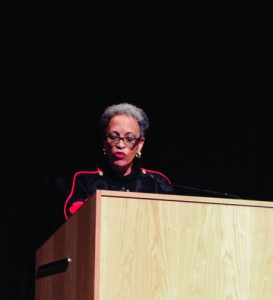 During a two-day conference in October, the college rededicated the Multicultural Center as the Davis Center in honor of two pioneering black alumni, the late W. Allison Davis ’24 and his brother John A. Davis ’33.

With its new name, the Davis Center has a new mission focused on three pillars—to educate, to support, and to lead, says its director Lili Rodriguez ’01. “To transform the college culture,” she says, “we need to be a resource for all students.”

The Davis Center’s mission reflects the legacies of its namesakes. W. Allison Davis worked to broaden low-income children’s access to education, influencing policy, teaching at the University of Chicago, and publishing several important works in the field. John A. Davis, meanwhile, a lead researcher in the Brown v. Board of Education case, worked to end discrimination and develop fair employment practices in the U.S. and Africa. 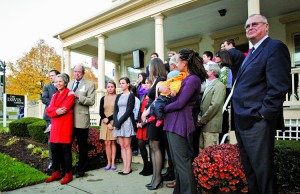 Nearly 30 members of the Davis family and 65 alumni joined students, faculty, and staff at the conference and rededication, which included lectures, panel discussions, musical performance, and a ribbon-cutting ceremony. Renowned scholar- activist and public intellectual Johnnetta B. Cole gave a closing keynote address before an audience of 250 at the ’62 Center for Theatre and Dance. “The Davis Center doesn’t just do the right work,” she told the group. “They do sacred work.”

Cole added that society is “still such a mighty long way from the day when no one is judged by the color of their skin, by the shape of their body, by who it is they couple with, by which supernatural force, if any, they worship, by how much money they have…” But the work of the Davis Center, she added, is how we get there.