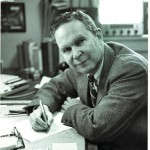 Shainman, the Class of 1955 Professor of Music, Emeritus, came to Williams in 1948. In his 43 years here he inspired generations of students to develop a passion for music. He conducted the Berkshire Symphony, led the Moo Cow Marching Band, and was co-founder and president of the Williamstown Theatre Festival. A bugler as a child, he earned the Premier Prix in trumpet at the Paris Conservatory and played professionally in and around New York City. Read his obituary at http://bit.ly/Shainman. 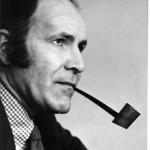 Friedrichs, professor of sociology, emeritus, was the first to teach courses in that field at Williams. He spent more than 20 years at? the college and served as chair of the department of sociology and anthropology. He was particularly interested in the sociology of religion and of science and in the societies of Asia. His 1972 book A Sociology of Sociology won the American Sociological Association’s coveted Sorokin Award. Read his obituary at http://bit.ly/Friedrichs.