The Percheron in the Tunnel 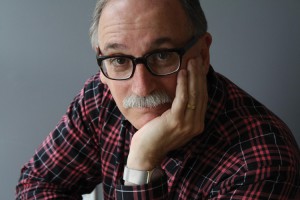 If that little girl has poise, she might respond, “I don’t know. I haven’t built it yet.”

Those inner children who just want to be left alone to play—where would any of the artists we most admire be without them? Walter Murch, the great film editor responsible for movies like Apocalypse Now and The Conversation, once pointed out: “As I’ve gone through life, I’ve found that your chances for happiness are increased if you wind up doing something that’s a reflection of what you loved most when you were somewhere between 9 and 11 years old.”

I want to enlarge my knowledge of the world because the world is such a staggering and uncanny and heartbreaking place. As a writer, I also want to do so because it’s a way of enlarging the arena of my autobiographical obsessions. It’s a way of expanding those elements in my background that are working to proscribe all of my choices.

In other words, I’ve finally started to fully understand the importance of letting the world teach me. Years ago I discovered that Émile Zola, the 19th-century French novelist, wanting to fathom the lives of coal miners, followed them into the mines to research his novel Germinal. Deep below ground he saw a gigantic workhorse, a Percheron, dragging a sled through a tunnel. Zola asked how they got that animal in and out of the mine each day. When the miners realized he wasn’t joking, one of them said, “Mr. Zola, that horse comes down here once, when he’s a foal, still able to fit in the buckets that bring us down here. He grows up down here. He grows blind down here. He hauls coal down here until he can’t anymore, and then he dies down here, and his bones are buried down here.”

That’s a metaphor for—and an epiphanic and empathetic understanding of—the miners’ lives that the world taught Zola, and to which he had to be receptive, in order to write the novel he wrote.

Writers shouldn’t lose sight of the essential chutzpah involved in trying to imagine any other kind of sensibility. And we should take heart from that chutzpah, as well. The whole project of literature—the entire project of the arts—is about the exercise of the empathetic imagination. Why were we given something as amazing as imagination, if we’re not going to use it?

–Jim Shepard, the J. Leland Miller Professor of American History, Literature, and Eloquence at Williams, is the author of six novels and numerous award-winning short stories and essays. This essay is based on a piece he wrote for O, The Oprah Magazine, and a talk he gave July 16 as part of the Williams Thinking series. Watch his talk at http://bit.ly/JimShepard. 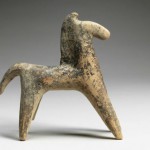 Part of the Williams College Museum of Art’s collection of ancient Greek objects, which numbers more than 200 (including pottery sherds), this nearly intact terra cotta figurine was given as a gift to the museum 35 years ago.