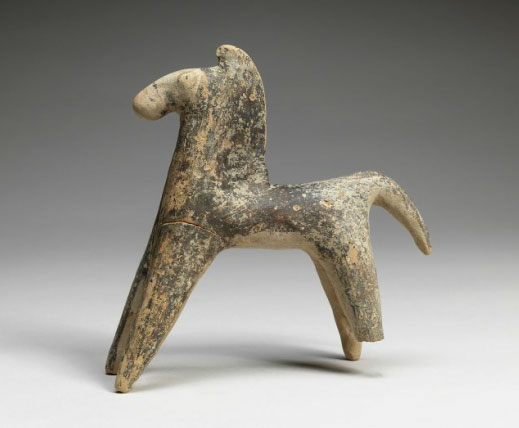 Part of the Williams College Museum of Art’s collection of ancient Greek objects, which numbers more than 200 (including pottery sherds), this nearly intact terra cotta figurine was given as a gift to the museum 35 years ago. While little is known about the horse, other Greek Boeotian objects at WCMA have been the subject of extensive research. Most recently, Elvira Miceli ’13, a Class of 1957 Research Fellow during the summer of 2010, studied four figurines from the city of Tanagra that were produced several centuries after the horse yet had been part of the same gift. She presented her findings at a gallery talk that summer with classics professor Benjamin Rubin.

Read the companion article: The Percheron in the Tunnel