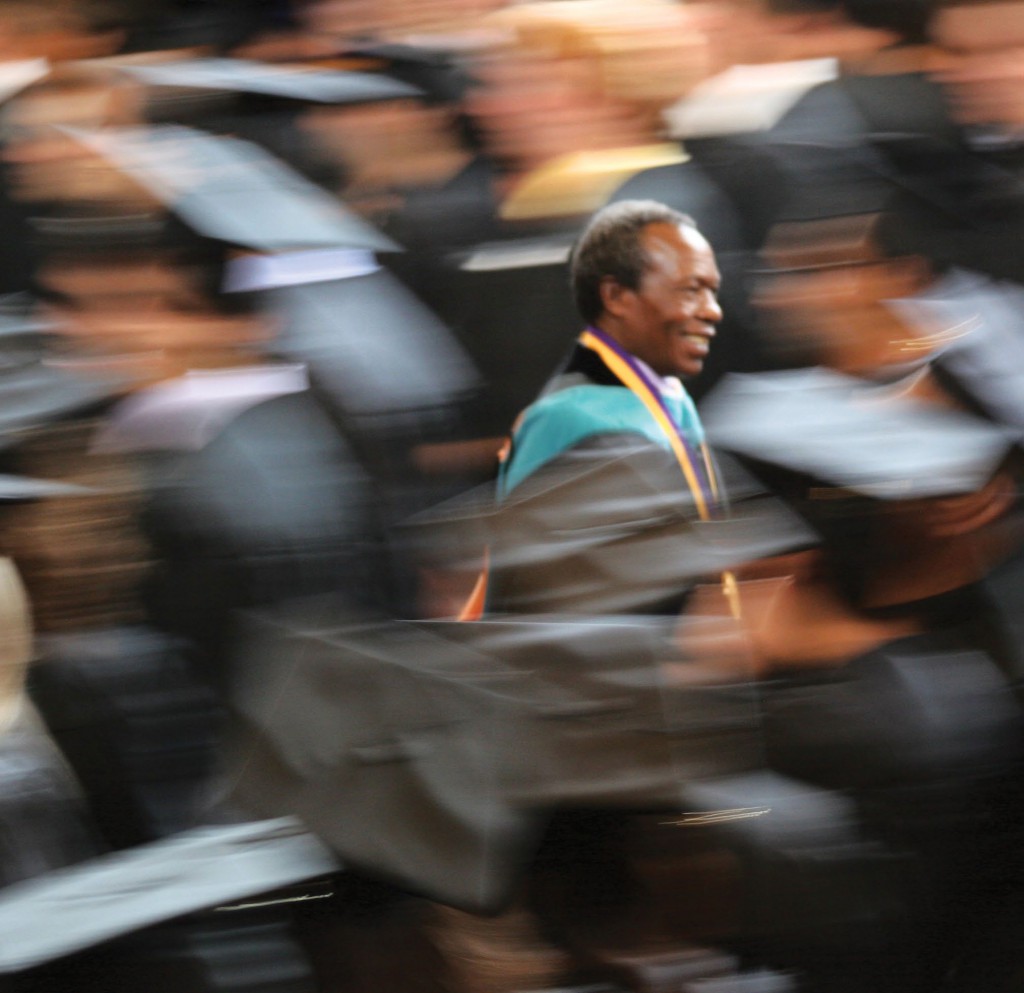 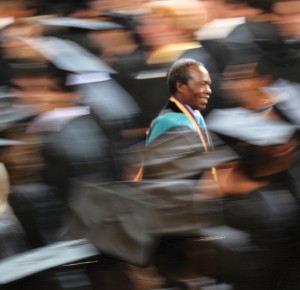 In September, Charles N. Waigi ’72 received a Williams Bicentennial Medal for distinguished achievement. It was only his second visit to campus since his graduation 40 years ago. He’d been on the college’s list of “lost” alumni since 1979, around the time he left the U.S. for his native Kenya. But his classmates tracked him down in 2007, hoping to convince him to attend their 35th reunion. Retired after a 24-year career with a Kenyan development financial institution, Waigi had already begun a new chapter in his life—running the Jeremy Academy with his wife, Teresia. Initially using Waigi’s pension funds and operating out of their living room with just one student, the Jeremy Academy has since grown to serve nearly 500 children in nursery school through eighth grade. When Waigi returned to Williams for his 35th, he joked with classmates, “I didn’t know I was lost.” In this excerpt from his talk during Bicentennial Medals weekend, he shares where he’s been.

I was born and raised in the Rironi area of Limuru, 30 or so kilometers north of Kenya’s capital city. I grew up surrounded by many uncles and aunts who took responsibility for raising, mentoring, and counseling my cousins, my siblings, and me. It was a warm, secure environment.

Nursery schools as we know them today didn’t exist in our area. Boys accompanied older relatives out to graze livestock, engaging in play and mischief. It was a life marked by small adventures, misadventures, and lots of exploration. 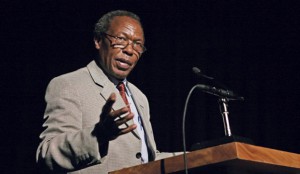 My father, Jeremiah Njuguna Waigi, never went to school. But he taught himself to read and write in his mother tongue and Kiswahili. He was always keen on educating his children. So when the time came, he enrolled me at the newly established Rironi Primary School, a public school. Instruction was in my native language for three years before we were introduced to English. Homework was done under the pale light of a kerosene lamp. Tight school discipline was enforced under pain of the cane.

By today’s standards, my primary school experience was a strict regime, with moments of joy and moments of tears. But these formative years were a critical period in my life, giving me the ethic of discipline.

I sat my final exam in 1963 and performed well enough to gain entry into Mang’u High School, a Catholic national public school run by the Marianist Brothers from the U.S. As a sophomore I won a national essay competition on “Why I Should Know My Country,” which had a decisive effect on my life. In December 1965,

I took my maiden flight to America as Kenya’s delegate to the World Youth Forum, sponsored and hosted by the New York Herald Tribune.

Over three months I interacted with hundreds of American high school students, some of whom had never heard of Kenya, and addressed groups in and around New York. With delegates from 30 countries, I participated in panel discussions on CBS TV and gave interviews to local media. I gained insights into American communities, spending time with wonderful families. I reflected back on my family and country and gained deep understandings about them, too.

This experience fired my interest in the world beyond Kenya. When an opportunity arose for me to return to America as an exchange student during my senior year, I seized it, arriving in Boston in August of 1967. A year later, I received my high school diploma and a faculty award for excellence in history from the Lincoln-Sudbury Regional High School in Sudbury, Mass. 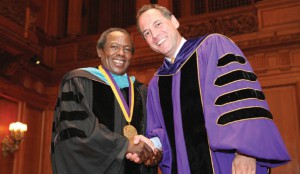 By the time I arrived at Williams in fall 1968, I’d largely overcome the cultural shock that life in America can present to first-time visitors. Against the backdrop of a relaxed rural setting much like that of my childhood, I mixed and made friends easily in the cafeteria, dorms, gym, and library.?I was assistant editor of a college newspaper,? The Williams Advocate. I joined the radio station. In the cafeteria, I worked several hours a week drying and stacking plates to earn pin money.

My political science major entailed extensive reading, research, and writing. I took courses in music, geology, anthropology, Russian literature, English, and American literature. I studied African area studies as my minor. The analytical skills, the discipline of setting priorities, and the broad-based knowledge I acquired at Williams were valuable assets once I returned to Kenya and began my career in public service.

Had it not been for the financial support I received from the college through the Haystack and Garfield scholarships, I would never have had a Williams education. This realization motivated me to pay it forward. 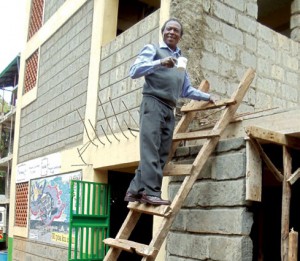 The Jeremy Academy is named for my father. He participated in the initiation of a number of schools at all levels in Kenya and served on school committees and boards of management until his final days. He was a great inspiration to my wife Teresia and me when we started Jeremy, and he gave us moral and material support until the day he died in October 2003.

Teresia, who holds a teaching degree, and I made the decision to start with nursery school. We didn’t advertise. We wanted to build an institutional culture where children were happy to explore and learn—where they developed strong bonds with each other and their teachers. Teresia took in the first child in September 1999; by December she had three boys and one girl.

I retired from active employment in 2004,?and my job became taking care of the physical infrastructure by raising the necessary funds. Soon more classrooms were needed, and I built a block of six temporary classrooms made of timber and corrugated iron sheets that are still in use.

The school has received assistance from my Williams classmates in the Class of ’72, from?the Asante Africa Foundation, and from many other friends from Williams and elsewhere. In many important ways, these supporters have complemented our own resources and efforts in developing Jeremy to what it is today. We now have 15 permanent classrooms, a kitchen, and?a dining room. Jeremy Academy is a day and boarding nursery and primary school with 487 pupils: 52 percent girls and 48 percent boys. The school presented its first set of candidates for the Kenya Certificate of Primary Education (KCPE) in November 2008 and today ranks second among the 61 primary schools in our Kiambu West District. Nationally, Jeremy was in the top 0.8 percentile in Kenya in 2011. Most satisfying to me is that for the four years the school has offered candidates for the KCPE, all the students transitioned to good high schools. 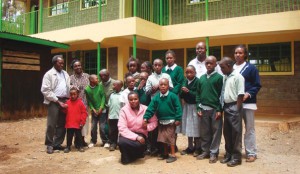 Teresia and I realize that Jeremy Academy is bigger than either of us, or even both of us combined—and it doesn’t really belong to us. It belongs to the 3-year-olds who come to the nursery school, sometimes carried on their mothers’ backs, and leave in their early teens to attend high school and pursue their dreams.

Watch video of Waigi and the other Bicentennial Medalists at http://bit.ly/SWyNv7.