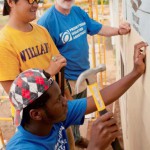 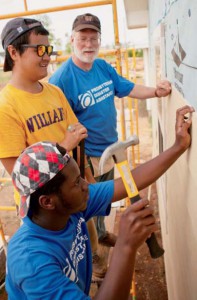 The story of Williams’ four chaplains serving others in a time of great need (“Alabama Calling,” July 2012) reminded me of four chaplains of WWII fame. Two Protestants, a Catholic, and a Jew were sailing to war as chaplains on the S.S. Dorchester in 1943 when their ship was hit by a German torpedo. They gave up their life jackets to soldiers, in doing so going down with the ship. We honor their memory in our chapel on our still- operating Baltimore Liberty ship, the S.S. John W. Brown. I think the four chaplains of the Dorchester would have appreciated the four Williams chaplains—two Christians, a Muslim, and a Jew—doing good works in another kind of trouble.
—Ernie Imhoff ’59, Baltimore, Md.