Young Men's B-Ball Team Off to a Solid Start 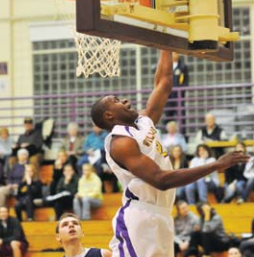 Men’s basketball coach Mike Maker says his team is “looking to form its own identity” this year, having graduated seven seniors last June. Under the leadership of captains Troy Whittington ’11, Harlan Dodson ’11 and James Wang ’12, three of the team’s four upperclassmen, the Ephs sported an 8-0 record and a second-place ranking in the D3Hoops.com national poll as of early December. Last season, men’s hoops went 30-2 and made it to the national championship game.