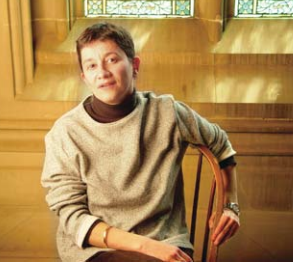 In addition to Spanish language classes, Rouhi has taught “Spain’s fin de siglo and the Crisis of Ideas,” “Love in the Spanish Golden Age” and numerous courses on Cervantes since her arrival at Williams in 1993. Born in Iran, she speaks five languages and has published extensively on Cervantes, contemporary Arabic and Persian fiction, and the cultural and intellectual exchange between Islam and the West during the European Middle Ages.

Rouhi won the Certificate for Excellence in Teaching at Harvard University six times while completing her PhD there, and she also was awarded the Harvard University Travel Study Prize for best teaching fellow in the languages. Williams granted her the Nelson Bushnell, Class of 1920, Faculty Award for excellence in teaching and writing last spring.

In 2010 the Carnegie Foundation and CASE recognized professors of the year in 45 states and the District of Columbia.