Back in the late 1980s, a few young mathematicians in Bronfman Science Center indulged in a little magical thinking.

The mission of the math department had long been to identify and educate the most talented students, which meant the College graduated about a dozen math majors each year. But new department chair Frank Morgan and some of his colleagues contemplated a more inclusive view of the discipline they variously describe as “beautiful,” “pleasurable” and “creative.” “Everybody deserves a chance to do this,” Morgan says. “It’s like music—people should have a chance to enjoy math.”

Today the reconstituted math department (since 1999 it has been Mathematics & Statistics) graduates five times as many majors, about 60 each June, a third of them women. More than half of all Williams undergraduates complete multivariable calculus. Most impressive of all, 12 percent of the College’s graduates major in mathematics at a time when, according to the American Mathematical Society, the national average hovers around 1 percent. Indeed, something magical happened.

The transformation began with the curriculum. The old, intensive two-semester calculus was scrapped. Described by some as Darwinian, this rigorous point of entry to college math had been regarded as a means of identifying the strongest students. A new three-semester calculus sequence took its place and, in the words of professor Ollie Beaver, another agent of departmental change, “The phrase came about that we were a ‘kinder, gentler math department.’”

The department’s most engaging professors were assigned to teach calculus, seeking to make the experience welcoming rather than a freshman slog. As a result, calculus came to serve as a funnel rather than a filter. The best students were still pushed aggressively forward, but a larger universe of others, having found calc surprisingly enjoyable, took a second and a third math course. Often an inadvertent momentum gathered, as Hugh Howards ’92 explains.

“I went through about nine majors before picking math,” Howards remembers. “But the department was so much fun I kept coming back. They asked questions to which no one knew the answers, but they made you understand the questions. And they built this amazing community of faculty and students.”

The social aspect helped draw in, and hook, many students like Howards, now an associate professor of mathematics at Wake Forest University. The department began sponsoring ice cream socials during fall registration, welcoming not only students who are comfortable living and breathing equations but also those who found the subject humiliating in high school. Now there are monthly math dinners and regular math snacks in the Math/Stat library in Bronfman. (With faculty offices opening onto the stacks and tables, there is a constant flow of students and faculty working, studying and chatting.)

During the academic year there are typically three talks per week by faculty and students. Every math major is required to give a 35- to 40-minute colloquium; last year, the topics ranged from quadratic reciprocity and Bertrand’s paradox to poker and “Controlling the Chaos in Your Heart.” Virtually every student on campus has a friend who gives a talk, so most undergraduates, math students or not, attend one at some point.

“When you get something like this started,” Morgan says, “people no longer feel like they’re venturing into some strange, abnormal territory when they take math.”

Mathematics may seem a serious matter, but at Williams a little laughter has been known to produce a little more mathematical learning.

An early arrival in the wave of new faculty was Tom Garrity. It’s been said that he’s one of those teachers that alumni will remember at their 50th reunions, as he’s been known to teach an entire class without speaking, relying on just hand signals and board scratchings. Once he hopped on one foot for the full class hour. His antic edge makes his demanding courses popular—and the math more memorable. (Garrity also runs the College’s Project for Effective Teaching, a resource for new faculty in all disciplines to orient them to the teaching ethos at Williams.)

There’s also Sir Randolph Bacon III, the imaginary alter ego of professor Colin Adams. One of Adams’ research interests is knot theory. (A mathematician’s knots, though made of a closed loop, are akin to shoelace knots.) Dressed in yachting cap and ascot, the British adventurer and bon vivant addresses the topic “Blown Away: What Knot to Do When Sailing.” Adams takes another character on the road: Mel Slugbate, a sleazy real estate agent who handles property transactions in hyperbolic space. “I can tweak them to fit various groups,” Adams says, “but my goal is always to keep my audience long enough that they see how beautiful mathematics is.”

Professor Ed Burger’s past experience in stand-up comedy and writing jokes for Jay Leno helps light up his classroom. “Nothing is beneath me,” he says. “I’ll stoop to any level to engage my students.” Once he persuaded then-president Morty Schapiro to emerge on cue from a storage room just off Wege Auditorium, to the amazement—and amusement—of his calc class. Another time, a uniformed cop made a prearranged appearance immediately after Burger opened a beer on the podium as part of a volumetric calculation involving fluid flow. Burger was led away in handcuffs. “My students aren’t going to leave Williams remembering the quadratic formula,” he says. “Especially in the lower courses, I want them to take something away that stays with them—imaginative ways of looking at the world and practical methods to create new ideas and solutions.”

Chris Jones ’88, math department chair at the Horace Mann School in Riverdale, N.Y., was on hand for the changes at Williams and took with him a teaching style influenced by his professors. “They had no problem being wacky, loose. They gave me a sense that you don’t have to subjugate your personality to be a teacher. Life is fun.”

The world beyond Williamstown is well aware of what’s happening. Ann Watkins, former president of the Mathematical Association of America and professor at California State University, Northridge, reports that when Williams faculty talk at national meetings, seats are hard to find. “It seems like a miracle,” Watkins says, “that the audience can learn so much mathematics, often at the cutting edge of research, while laughing so hard.”

Has the occasional hilarity and constant congeniality led to a dumbing down of the discipline? For some, that was a worry, but there’s much evidence to the contrary.

For more than 20 years, Williams has been home to an undergraduate summer research program known as SMALL (an acronym for the names of the professors who initiated it in 1988). The consensus used to be that undergraduates couldn’t do research; today SMALL is one of the largest of the many National Science Foundation Research Experiences for Undergraduates in the country, underwritten in part by NSF grants. Roughly a third of the students are Ephs. Directed by individual faculty members, they work in small groups to investigate open math problems. Its alumni have published papers in the same math journals as their professors.

And those professors have won enough teaching awards to fill a trophy case. The Mathematical Association of America, the largest professional society for mathematicians, has given its Haimo Award for distinguished teaching to four Williams professors (Garrity, Burger, Adams and Morgan). No other institution has been honored with more than two. Burger and Adams each won Baylor University’s Robert Foster Cherry Award for Great Teachers, regarded as the premier honor for teaching excellence in any discipline. Beaver received the Hay Award from the Association for Women in Mathematics, and Beaver and Burger both have occupied the prestigious Gaudino Scholar post at Williams. Satyan Devadoss won the Mathematics Association of America Alder Award for young teachers. The list goes on. 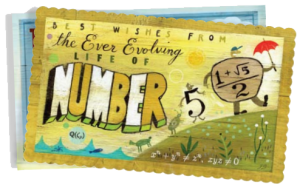 When it comes to hiring and tenure decisions, the department expects that new faculty too will demonstrate a commitment to research and teaching. The result has produced what Wake Forest Professor Howards says is “unquestionably the best teacher-scholar math department in the country.”

No one denies the debts to Babbage, Euclid, Archimedes and the rest—courses in the College Bulletin still include multiple forms of calculus, geometry and algebra, as well as number theory, probability and topology. But typically there are less-traditional offerings, too: 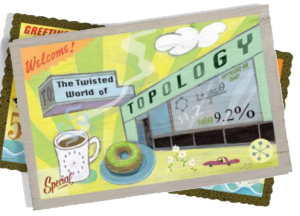 Take statistics, a key component of the department that will soon welcome a fourth professor to its ranks. When Dick De Veaux was hired in 1994, he brought a passion for his subject and continues to make a convincing case for its importance. “We have lots of data in the 21st century,” he says, “but we don’t have information. And the main goal of statistics is to turn that data into useful information. That’s what we’re teaching.” Statistics attracts high enrollments—more than 60 percent of Williams students take the introductory class alone—and it arms graduates with an essential interpretive tool for a data-intensive world.

Things continue to evolve at Math & Stats. Young faculty members like Devadoss bring new enthusiasm and talents. A gifted draftsman, Devadoss uses drawings to convey complicated ideas. “Instead of talking about equations,” he says, “I can show them a picture. My great dream is to bring art and math together in a way that offends neither field.” Statistician Bernhard Klingenberg teaches a course in biostatistics that looks at the analysis of data from clinical trials and other biological and medical research.
As professor Susan Loepp says, “All the faculty bring something different. We worry when we’re hiring that we’re not hiring clones of ourselves, that everyone brings something new.”

So what does a math major do after Williams? About 1 in 10 attend graduate school in the discipline. Bruce Palka, now a program director at the NSF, used to recruit students from Williams for the graduate school at University of Texas, Austin, where he remains a member of the emeritus faculty. “As undergraduates, Williams students do very impressive presentations at math meetings,” he says, “and as graduates they move through programs easily.”

Another subset of departing seniors heads off to pursue graduate work in the sciences; still another group enrolls in medical or veterinary schools. The rest—nearly two thirds of mathematicians major in another discipline—make their way into fields common to the rest of Williams’ undergraduate population: education, law, business.

After double-majoring in math and English, Bethany McLean ’92 took a job at Goldman Sachs. Two years later, she decided to deploy her writing skills and moved to business journalism at Fortune. There she wrote the first skeptical story in a national magazine about Enron, long before there was any inkling the company would implode. Now a contributing editor at Vanity Fair and the author of two books, she says math made it possible. “I’m not afraid to tackle quantitative things,” she says. “Solving a math proof isn’t that different from writing an article—it’s an argument, an analytical frame.”

At bottom, a math degree from Williams has come to mean more than the mastery of purely mathematical skills. “Majoring in math makes you very quantitative, comfortable with numbers, very logical, so you can follow an argument very cleanly,” says Adams. “And you learn to be a creative problem solver. Those attributes will give you an advantage in almost anything you pursue.”
Consider math and psychology major Jonathan Lovett ’04, who now works on Pennsylvania Avenue in Washington, D.C., as a presidential speechwriter. “Speechwriting is about telling a story and making a case as simply and elegantly as possible,” he writes from the White House, where he helps make President Obama’s case to the public. “And that is the skill you develop when studying math. Gaining insight into difficult concepts by challenging assumptions, thinking critically, pushing yourself to be thorough and precise—that’s what math was about for me.”