The Community We Aspire to Be

“Assembling a community is only the first step. We need also to structure and support it.” 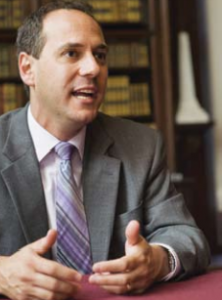 People who haven’t seen the college for a while are often pleasantly surprised by how different the campus looks. I don’t mean the buildings, but the people.

Our growing racial and ethnic diversity is clearly evident to any visitor, while other forms of difference (including class, nationality, religion and sexual identity), though less visible, are also real.

Williams has done a remarkable job of diversifying the campus community and, as a result, our alumni body. Because this results from work carried out over a span of time marked by a number of Williams presidencies, I thought I should share some of my own thoughts on the matter.

• Diversity comes in many forms. We benefit here not only from the differences mentioned above but also from those of people’s interests, experiences and opinions.

• Each of us is much more than a member of a category. Or I should say categories, because you can be at the same time a minority African American and majority Christian, a majority Caucasian and first-generation college student, or a Jewish lesbian athlete. While we need to track numbers in certain large categories—particularly racial and ethnic ones—as one way of measuring progress, we know that everyone’s identity is unique and that we do well to treat each other as individuals.

• There are various motivations for cultivating diversity. Certainly, it‘s the case that some individuals in society continue to suffer from inequalities pressed, in the past or even now, upon one or more of the groups to which they belong. Moreover, Williams is called upon to serve broad public goals, such as the enabling of social mobility. At the same time, we all benefit from the rich academic, intellectual, extracurricular and social diversity that marks our college community. And our mission to help prepare leaders must surely include engaging students with the diverse society they will graduate to serve. I know that not everyone would give equal weight to these motivations. That’s OK. There’s something to be learned from those discussions.

• Being diverse by itself isn’t enough. None of the above motivations is satisfied merely by having different people live and work on campus. If they don’t thrive, there’s no social benefit, and if they don’t interact, there’s no educational value. Assembling a community is only the first step; we need also to structure and support it.

• Nor is it enough to be tolerant. By itself, what a pathetically weak virtue. The social and educational benefits we aim for require much more than begrudging acceptance.

• What’s required is true celebration of difference. Only when we embrace the uniqueness of each community member do we all thrive and all maximize the learning available to us through each other.

This work at Williams began at least 50 years ago when, under the leadership of President Jack Sawyer ’39, the college decided to phase out fraternities, admit women and recruit African American students. My sense is that Williams has succeeded more than many colleges in embracing difference, and we should take pride in that progress. But there’s no doubt that further effort is needed to make this a place where all members can live, learn and thrive. That has been the aspiration of all Williams presidents from Jack Sawyer onward, including this one.

Though not always easy, the work is always important, and pursuing it has for a long time represented Williams at its best.