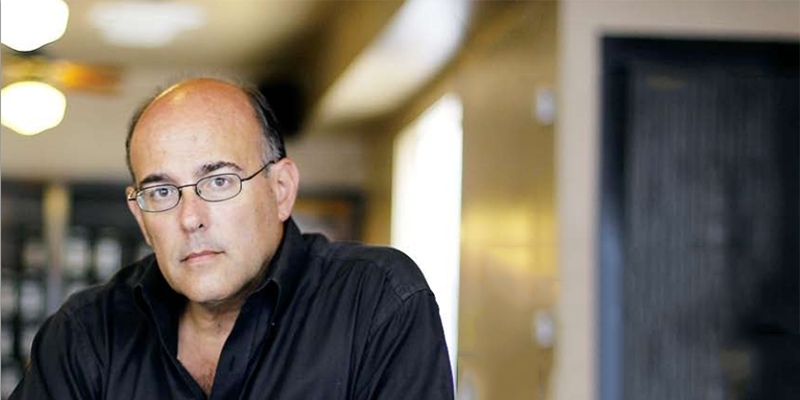 “Any time you write a story that attends to people’s social or political lives as well as their interior, emotional lives, there is going to be a lot of tension among elements.” —Tom Piazza ’76

Tom Piazza ’76 had been addressing the theme of displacement in his fiction for years before Hurricane Katrina uprooted him from his New Orleans home in 2005. Still, when he was forced to move temporarily to Missouri, where his partner Mary’s family lived, he found himself casting about for “something to keep myself sane” for the next six months while he waited to return to his beloved city.

He started to write, in part to respond to critics who were calling New Orleans a lost cause, and in part to answer questions he was fielding about the city during speaking engagements. The result was Why New Orleans Matters, a 224-page treatise hammered out in five weeks and published almost immediately. Ultimately, it’s the story of how and why Piazza himself came to love the city.

Growing up in Seaford, N.Y., in the shadow of New York City, he was 8 years old when the Beatles came to the U.S. He became interested in the music that influenced them, poring over books about blues and jazz, and he was fascinated by the pictures he encountered of New Orleans.

In high school he wrote for the jazz magazine Downbeat. As an English major at Williams he hosted a radio show and became the first conductor of the Williams Jazz Ensemble, which grew out of a Winter Study class with musician Carl Atkins. Piazza also started a yearly jazz festival on campus, inviting such luminaries as Charles Mingus and Milt Hinton.

After graduation, he landed back in New York, playing jazz piano and writing about music for The Village Voice and The New York Times, among other publications. He also started writing fiction. But he remained intrigued by the music and images of New Orleans. “Whatever that frequency was,” he said during a talk at the Westport, Conn., Public Library earlier this year, “that was the frequency I was trying to tune in to.”

He ultimately moved to New Orleans in 1994, after spending two years studying at the Iowa Writers’ Workshop. And that’s when the books started coming. First his focus was music. From a guide to classic jazz recordings to a portrait of “king of bluegrass” Jimmy Martin, his nonfiction would garner him three ASCAP-Deems Taylor Awards for Music Writing and, later, a Grammy Award for his album notes to Martin Scorsese Presents The Blues: A Musical Journey.

His first work of fiction was Blues and Trouble: Twelve Stories (1996). The book won the James Michener Award and featured a cast of outsiders living “between here and there, both geographically and figuratively,” as one Booklist reviewer noted.

The main character of his first novel, My Cold War (2004), was a gimmicky, well-liked professor at “a small New England college” who, in a crisis of confidence, shelved his first major book project to drive across the Midwest in search of his estranged brother. The novel won the Faulkner Society Award and earned praise from Robert Olen Butler, Ann Beattie, Stewart O’Nan and Norman Mailer. Bob Dylan is quoted on the cover, saying: “Tom Piazza’s writing pulsates with nervous electrical tension—reveals the emotions that we can’t define.”

Piazza’s second novel, City of Refuge, which he began formulating as he worked on Why New Orleans Matters, focused on the “dislocation” felt by the people of New Orleans—many of whom, especially the poor, had never left the block they lived on before Katrina. “People were taken out of their usual narratives and thrown all around the country into other people’s narratives,” Piazza told The Morning News online magazine in 2009, describing the “several different types of discourse” he employed in the book.

His writing took another turn when David Simon, creator of the hit HBO series The Wire, asked Piazza to contribute to Treme, a new HBO series based in New Orleans. Piazza admits that at first he questioned what more he could say about the city. As he explained to the library group in Connecticut: “I’m an old-time character. I’m a novelist. I like to write books. I like to sit at a desk with nobody else around.”

Nevertheless, he now says, “I recognized how important this was going to be for the city and that it was going to be a good experience for me to learn a new angle on writing. … I found I enjoyed it.”

Treme’s second season premiered in April just as Piazza was putting the finishing touches on his new book, Devil Sent the Rain: Music and Writing in Desperate America, featuring his essays about Charley Patton, Gustave Flaubert, Norman Mailer and others, due out in August. In the fall he’ll begin work on a new novel while serving as the first-ever Peter Trias Writer in Residence at Hobart and William Smith Colleges in central New York.

He concedes the novel will have nothing to do with New Orleans but won’t say much more, other than: “For me, truth is the tension between these diverging feelings I have about just about everything. When I’m lucky, I make a kind of music out of that in my work.”