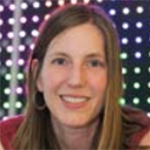 Digital artist Camille Utterback ’92 has been named a MacArthur Fellow by the John D. and Catherine T. MacArthur Foundation. Utterback is considered a pioneer in the field of “interactive installation,” blending computer code with traditional media to redefine how viewers interact with and experience art. Utterback is one of 24 people to receive a

Beginning this spring, Williams students receiving financial aid will pay no out-of-pocket expenses for course books. Instead they will swipe their ID cards at Water Street Books and the cost will go on their term bills, to be covered completely by their financial aid grants. In the past, each aided student received a grant of

Some 30 alumni and friends gathered at the Williams Club in October to celebrate the donation of its headquarters to the College. Williams is leasing the building, the site of numerous College events, back to the club in an arrangement that benefits both parties financially. Pictured above, left to right, are former Williams Club Board

According to the College investment office’s December endowment report, during the economic downturn Williams’ investment portfolio declined by 18.4 percent for the fiscal year ending June 30, 2009. That compares with a 19.9 percent median drop experienced by 146 peer colleges and universities studied by a leading investment advisor to endowments. Taking into account spending

A collection of opinions and ideas expressed at Williams. “Our approach has been and continues to be to reduce expenditures in a controlled fashion such that we minimize the impact on the quality of the education we offer our students, while both ensuring that a Williams education remains affordable to every student we admit and 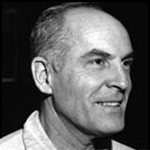 Al Shaw, former basketball coach, passed away on Nov. 29. He was 102. Shaw coached at Williams for 24 years, achieving a 302-171 record. Three of his teams reached the NCAA tournament, including the 1955 team, which played in the Div. I opening round against Canisius at Madison Square Garden. His Ephs won or tied

Every January since 1968, students have participated in Winter Study as part of their academic requirements for graduation. Students can opt for independent study or choose this year from more than 100 courses across every academic discipline—from the perennial “Making Pottery on the Potter’s Wheel” (a top-10 favorite class in January ’09 taught by Pownal, 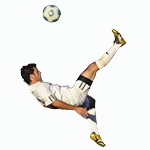 “We were a little unlucky, but Messiah definitely [is] worthy of the National Championship. I am very proud of the way the guys competed all year and am most pleased with the numerous comments from observers about what a classy group of young men they are.” —Men’s soccer coach Mike Russo, on the Ephs’ conduct

Williams was named a 2009 Eastern College Athletic Conference Jostens Institution of the Year, sharing the title with Duke. It’s the fifth time the Ephs have won the honor, given annually for a host of criteria ranging from documented academic success to total conference championships and NCAA tournament invites.

The New England Basketball Hall of Fame honored a slew of Ephs in October, including the 2002-03 men’s team, which compiled a 31-1 record and was the first New England Div. III team to win the NCAA. The team’s coach, Dave Paulsen ’87, also was inducted into the hall of fame for his career with

The Williams cross country teams each earned a bid to the 2009 NCAA championship, continuing their successful seasons. After finishing first at the New England regional race, the men placed second at Nationals. Edgar Kosgey ’10 won his third consecutive NCAA qualifier and was named New England Region Athlete of the Year by the U.S.