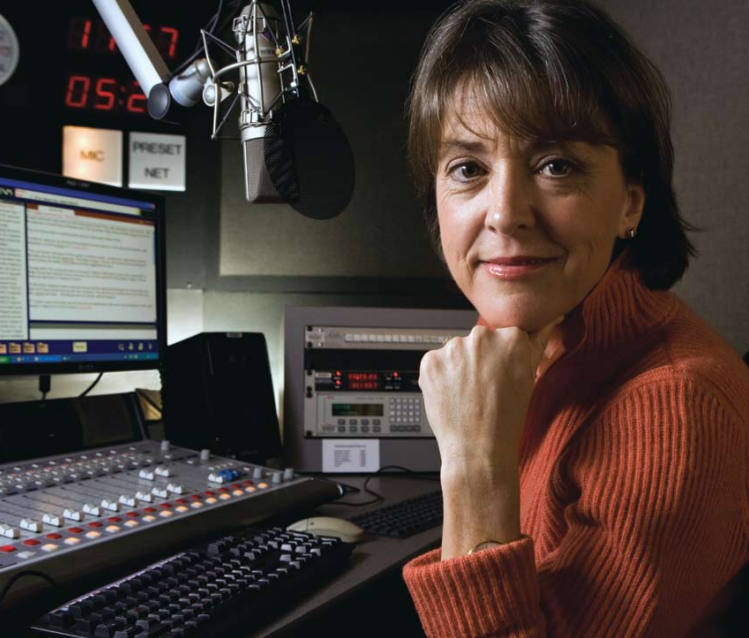 “I’ve often worried that if we look at faith scientifically, we might find out that faith is a sham. But now I see that’s not true.”

In reporting on the religious faith of others, Barbara Bradley Hagerty ’81 did not expect to have her own tested. It was 1995, and the journalist, who later would become a religion correspondent for National Public Radio, was in Los Angeles working on a story about evangelical churches. One night, while sitting outside interviewing a woman whose melanoma had returned after remission, Hagerty had an inexplicable, mystical encounter.

The woman was saying that she believed God would heal her cancer and that her illness was meant to give her a higher purpose— to help others. Hagerty says she suddenly felt the air grow thick and moist, “as if someone had moved close by and was breathing on us.” The other woman felt it, too. They stopped talking, and the palpable presence gradually receded.

“It was a pivotal moment,” says Hagerty, whose own personal beliefs had been in question at the time. “I thought maybe, just maybe, I had felt the presence of God.”

The experience led her to seek research on God’s existence, but her questions and doubts weren’t satisfied. So Hagerty set out to find hard evidence of her own. Her personal and professional quest culminated in the 2009 book Fingerprints of God: The Search for the Science of Spirituality, along with a five-part series that aired last year on NPR.

Hagerty was no stranger to questions of faith. She was raised a Christian Scientist but at the age of 35 left the religion—which eschews modern medicine in favor of prayer and healing through faith—after experiencing Tylenol for the first time while sick with the flu. An economics major at Williams, she fell in love with journalism after completing an internship at the Christian Science Monitor. She worked there for 11 years, including three as the Monitor’s Asia correspondent for the nightly newscast World Monitor, before joining NPR in 1995.

Still, she took on her research project with some trepidation. Though she found that slightly more than half of Americans report having had some brush with the spiritual or the mystical similar to her own, she worried that, after talking to scientists in particular, she’d return with the notion that “God was a ruse or a sham.”

Modern science, of course, has ways of explaining perceived spiritual occurrences. The parts of the brain associated with seizures, for instance, can cause sufferers to experience another dimension of reality. Another example is the chemical effects of peyote—Hagerty’s reporting led her to an all-night Navajo healing ceremony involving the drug—which can elicit visions such as those described by the mystic St. Teresa of Ávila. Are they real or imagined?

The anecdote that for her cast the most doubt on the notion that we exist strictly in a material world was the experience of Pam Reynolds, who underwent an experimental surgery for a brain aneurysm that involved having all the blood drained from her head. Despite being placed into a deep, hypothermic coma in which her vital signs went completely flat on the monitors, Reynolds could recall parts of the operation.

“It seemed to be pretty clear: She didn’t have any physical way to perceive these things, yet she perceived them,” Hagerty says. “To me, it said something interesting about consciousness. This is something science is having to grapple with. It’s the Achilles’ heel of materialism—that consciousness continues when the brain is offline.”

The evidence that consciousness might continue unaided by life as we know it left Hagerty with a renewed sense of faith. “I’m not embarrassed about my faith anymore,” she says, explaining that people who profess to believe in God are often labeled “uneducated fundamentalists.” She describes herself now as having a binary view of God. First, “the one I can defend at cocktail parties, an infinite intelligence.” Then there is her Christianity: “It’s a pretty simple view of how we live our lives, which I derive from the New Testament. It’s a Christianity with a lot of tolerance, a lot of humility.”