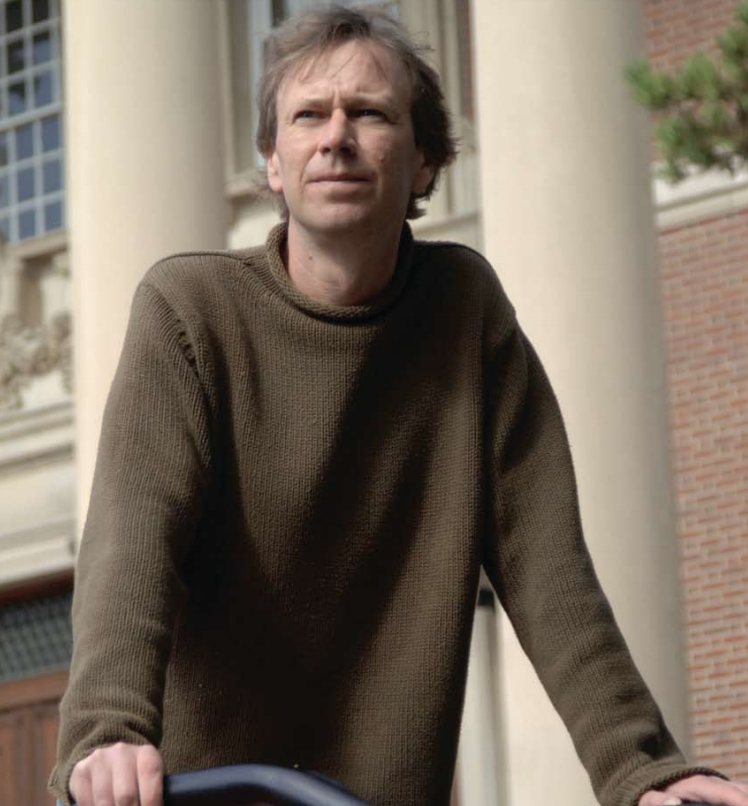 “I like history on a grand scale. The Cold War. The Vietnam War. I think the bigger the question, the more interesting for students.”

The field of leadership studies might be synonymous with James MacGregor Burns ’39, government professor, emeritus, who penned the groundbreaking book Leadership in 1978. But the success of the leadership studies program at Williams is largely owing to the direction of its chair, political science professor James McAllister.

It’s no surprise, considering McAllister’s ability to act as an “intellectual connector”—as Burns himself characterizes him—attracting high-caliber visiting faculty and scholars to campus. In the past few years, McAllister has drawn more than 200 distinguished researchers to Williams through conferences focused on American foreign policy during World War II, the Cold War, and the Vietnam and Iraq wars.

But McAllister, 44, is equally well-known for engaging students. As a faculty sponsor of the student-run Stanley Kaplan Program in American Foreign Policy, he often participates in the group’s informal, Sunday evening discussions of contemporary international relations. His course “America and the World After September 11” draws more than 100 undergraduates attempting to register for 40 seats each year. The College named him a Gaudino Scholar from 2004 to 2006, and he also has been recognized by the larger academic community, having been chosen a “Dream Mentor” by the University of Virginia Miller Center’s Governing America in a Global Era Program.

McAllister credits his interest in the field to coming of age during the early years of the Reagan administration. Like many other young men and women at the time, he says, “I was worried that the world was going to blow up.” He received a Ph.D. from Columbia University, where he wrote his dissertation on American policy toward Germany during and after World War II. He then spent a year at Harvard’s John M. Olin Institute.

Since coming to Williams, McAllister’s scholarship has led him from the Cold War in Europe to the Cold War in Asia. In 2002, he published No Exit: America and the German Problem 1943-1954. More recently, he has extended his academic focus to include the Vietnam War.

Students will have an unprecedented opportunity to explore such watersheds in American international relations with McAllister and other faculty members this summer, when Williams launches its first ever Summer Institute in American Foreign Policy. Sponsored by the Stanley Kaplan Program, the institute will host 15 Williams students on campus for four weeks devoted to rigorous study of American foreign policymaking and grand strategy.

McAllister says the idea came in part from the Williamstown Institute of Politics—founded in 1921 by Williams President Harry A. Garfield, Class of 1885—which attracted some of the best minds in international relations to campus each summer. “The Institute of Politics put Williams College on the map in the 1920s and 1930s as a place where academics, government officials and European diplomats came to discuss the most important issues of world politics,” says McAllister, who is currently researching the institute’s history.

Given the Institute of Politics and the scholarship and influence of Burns, political science professors Fred Greene and Mac Brown and others, there is a great legacy of foreign policy study at the College of which McAllister is keenly aware. And, indeed, he hopes to leave behind one of his own: “I’d like to play a part in making Williams a place where our students can legitimately say, ‘This is the best college to study the past, present and future of American foreign policy.’”